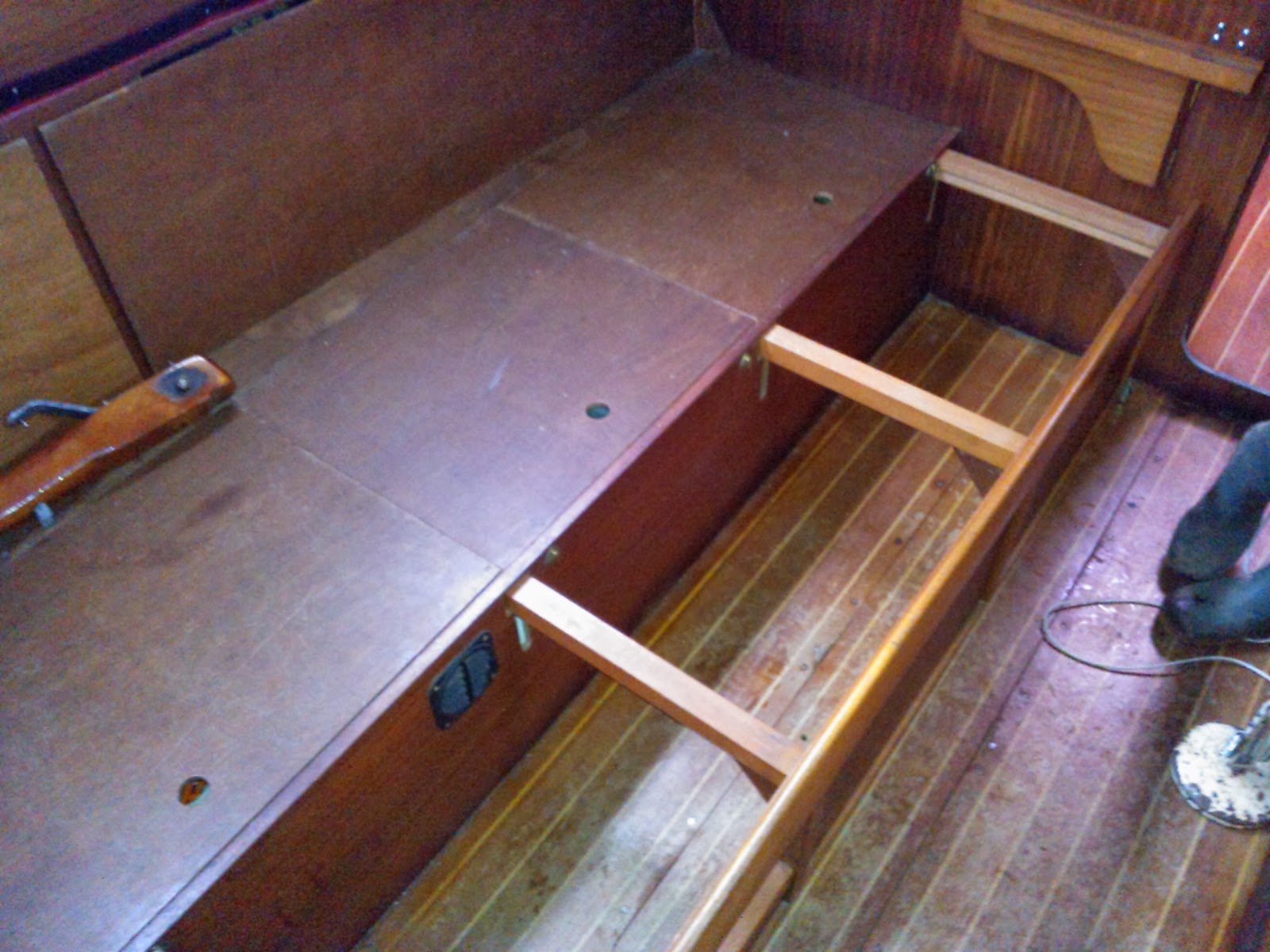 Had a busy Saturday measuring and photographing two different Westerly's; Richard Gunn's very tidy Mk 1 Griffon and Mike Lofthouse's immaculate C-layout Centaur which is currently up for sale. First the Griffon, having crewed a mates Mk2 in 2011 i was always impressed at the one or two movements that converted the sofa to a realistically sized double berth.

From the pictures i took the barrel of the butt hinge was visible by the bottom of the seat fiddles so i think from memory you lifted up what was the front of the seat base and it propped itself somehow to form the second berth but couldn't remember. So having put out a request in the usual places Richard Gunn, a regular contributor to the Westerly yahoo groups offered me the opportunity to look over his boat.

Like all things Westerly the arrangement was so simple yet this being a mk1 boat it was a different method to what i remember in the mk2 boat but the end result much the same. One of the things i like about the mk1 arrangement is that you pull out the settee front like a drawer so argubly you can make the double go right the way across to the galley although it doesn't on the Griffon i thought this would make an excellent idea for mine being a 'big boned' bloke. 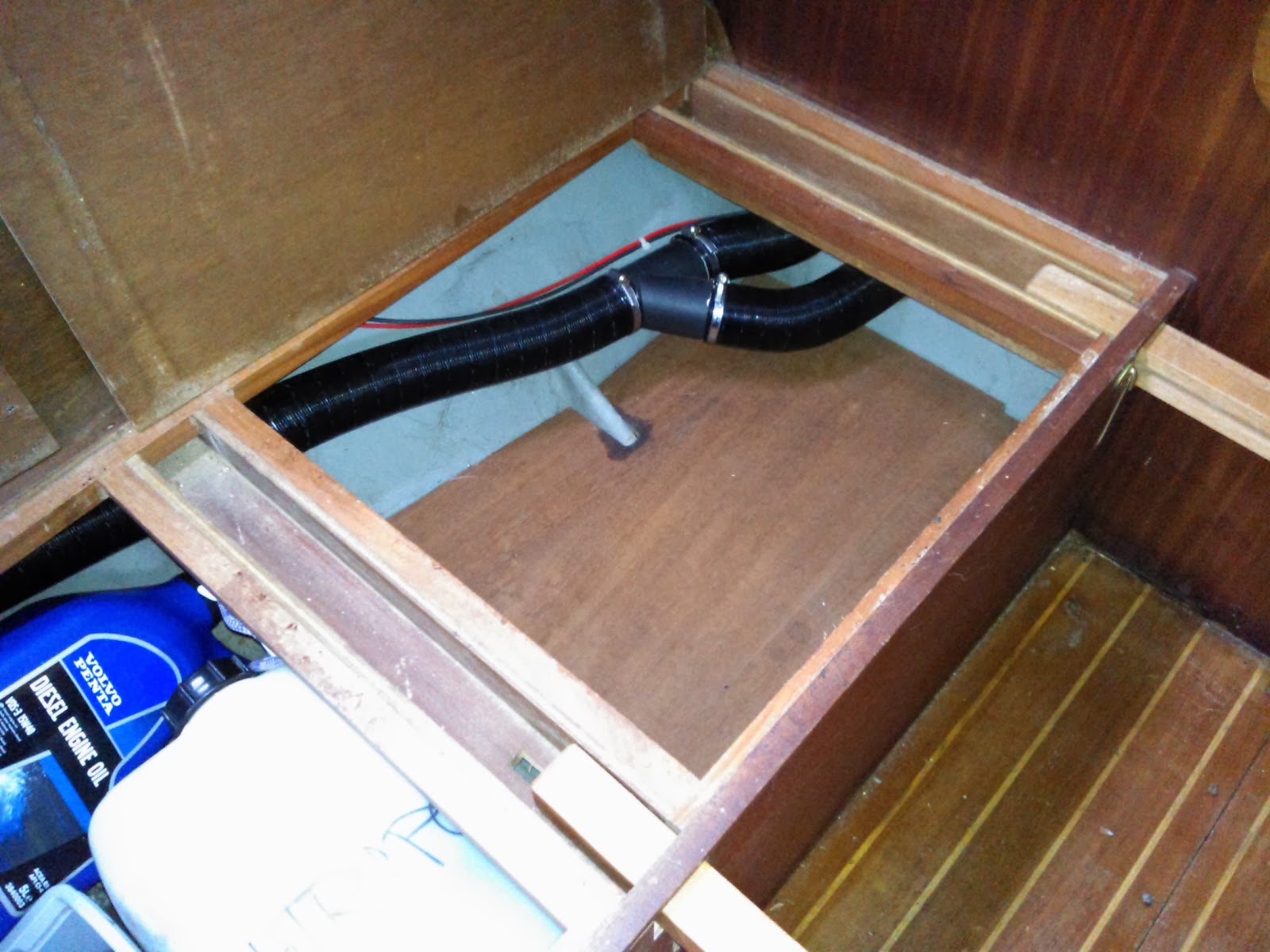 Having got all the information i thanked Richard for his time and got back on the road. The next boat was a Centaur in Parkstone Marina Poole and would provide invaluble information relating to where Westerly placed items like the galley and sofa's and would give an idea of how the space was used.

Having met Mike who was more than generous with his time (giving me a guided tour of the impressive facilities) we wondered over to his boat 'Poacher's Lady' so i could get the principle measurements i wanted namely the seating arrangements and how they worked in relation to the coachroof sides. This is important to me as i want to create a similar arrangement to the Griffon but as the Centaur's beam is 200mm narrower i needed to check.

My first impressions were of an infinitely more sociable interior not to mention a much better use of space than the A layout infact it was hard to believe both boats are the same size. With all the measurements committed to paper and a handful of photo's i thanked Mike and pushed on happy knowing my idea was a goer.

The evening was finished off picking up 30 sheets of used OSB off a chippy mate of mine (cheers lackey!) which will prove indispensible for cladding the roof of the workshop and the interior walls once they're insulated and all for a quid a sheet! 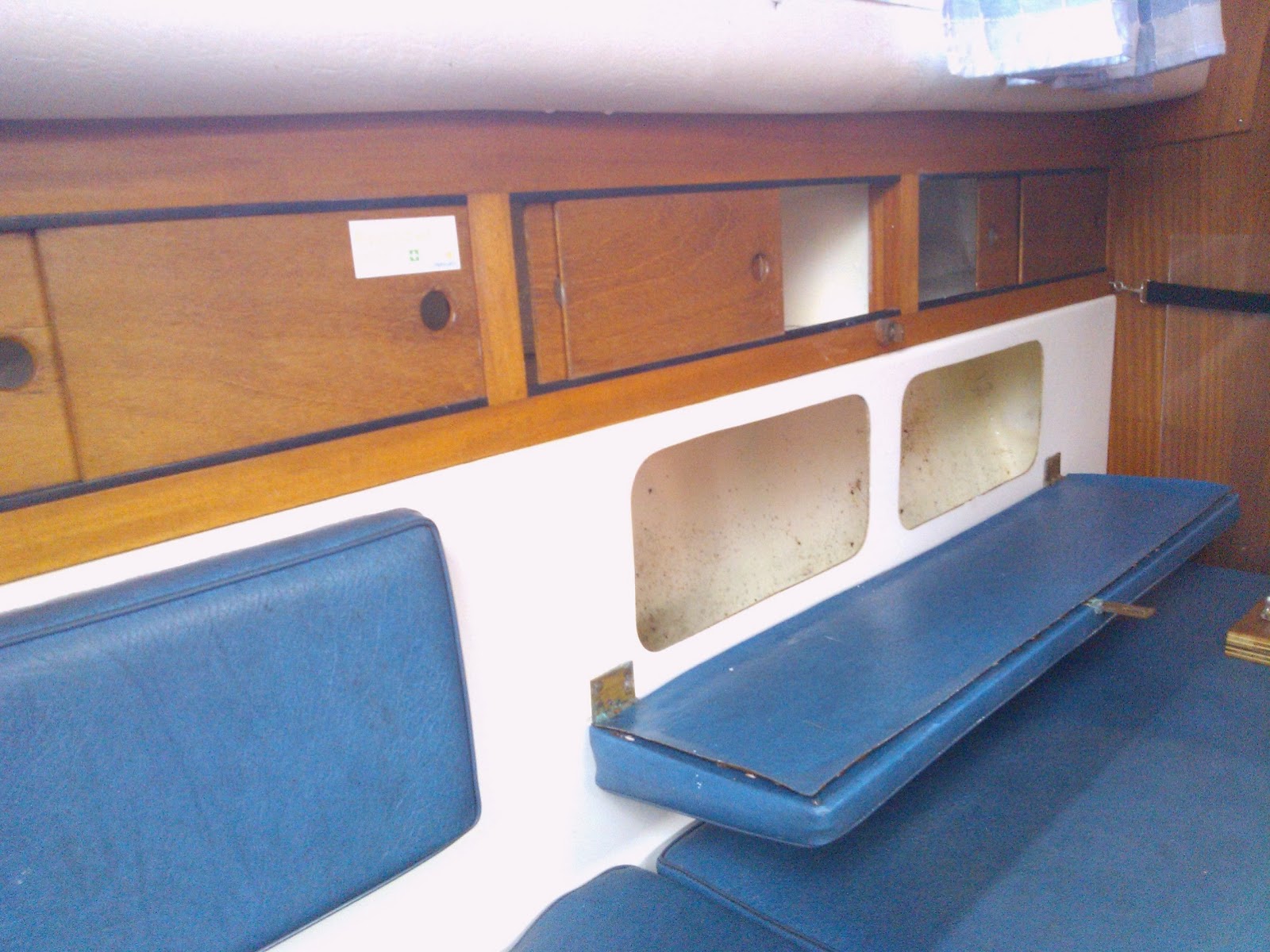 Now all i need is a break in the weather so i can crack on finishing the workshop which i need to do sooner rather than later as the main shed tarp is starting to fail with water coming in everywhere, although everything of value namely timber and marine ply is up off the floor and sheeted up it won't take too much looking at the tears on the outside before it ends up in a neighbours garden.
Posted by roger ball at 18:03 No comments: 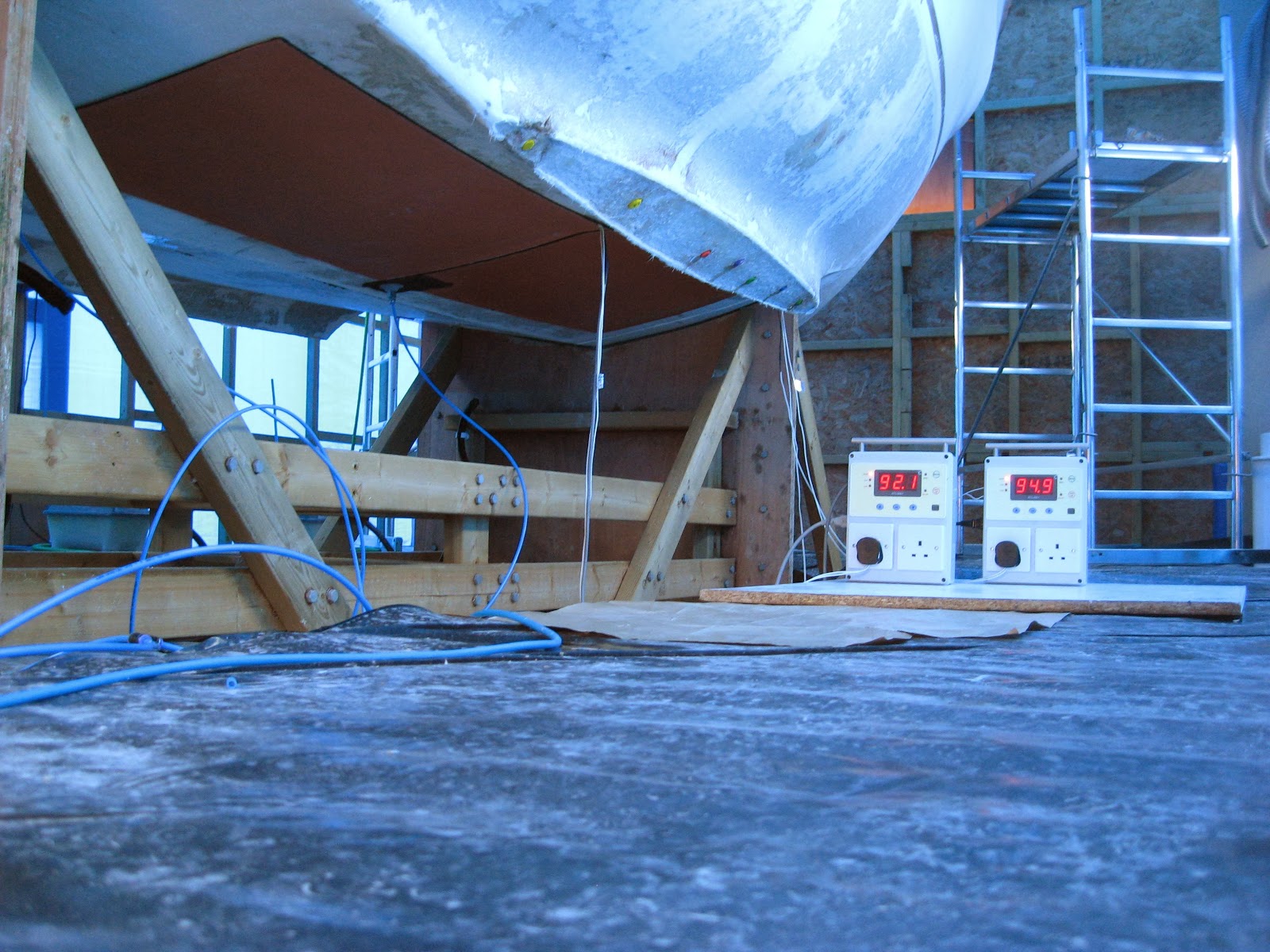 Since i seem to be wasting so much at present waiting for a paid job to start i thought i'd sort out some of my photographic archive of the big jobs i've done like drying the hull and of course the appendages. 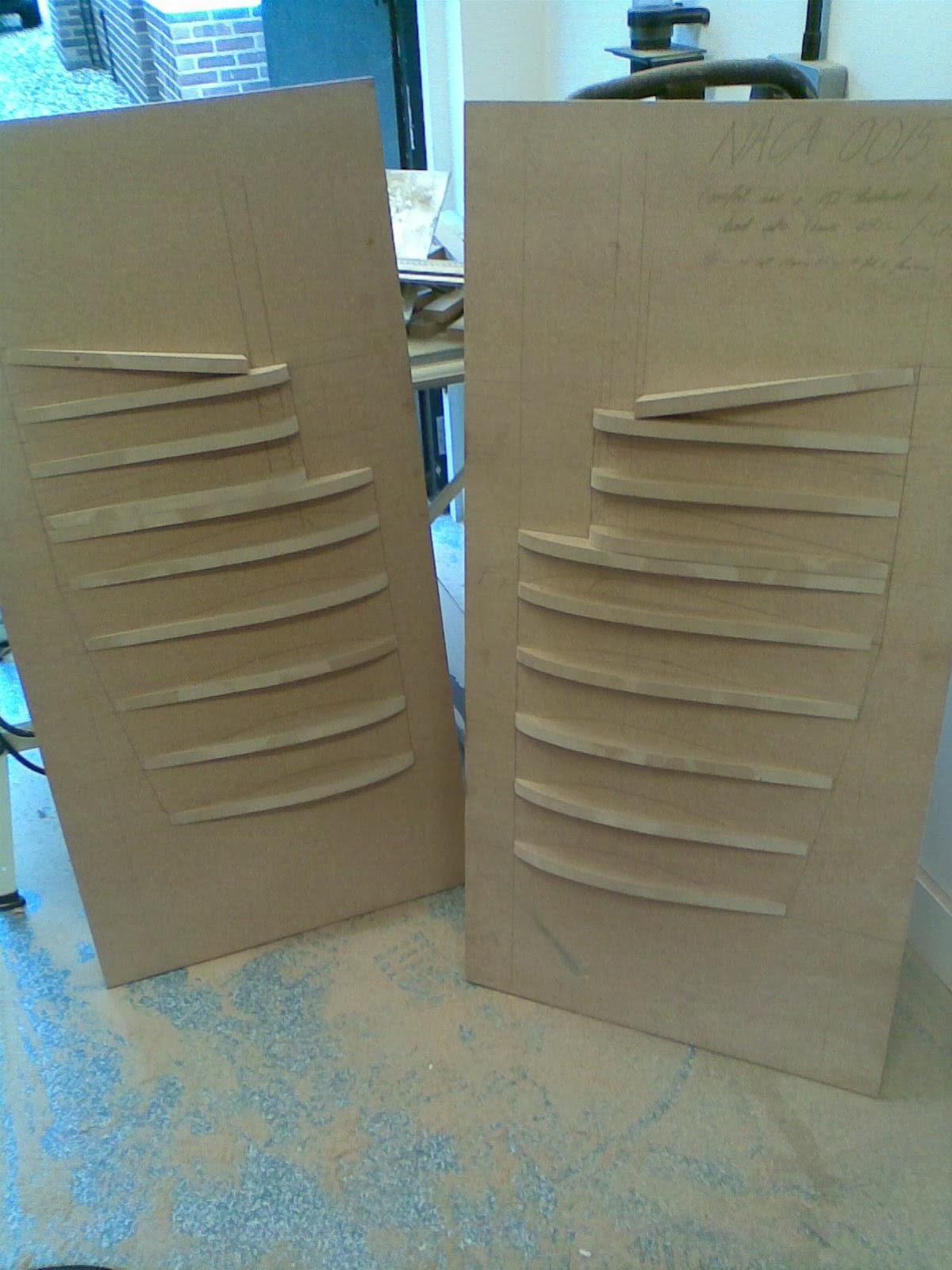 I have arranged the work on keels, rudder and the hot vac system chronologically, although theres not much annotation as theres loads of pictures but it may help someone somewhere so its more for information purposes that i've posted these as well as whats possible if you're someone like me. At present there's still no Centaur making itself known to Dylan but i understand he still has 12 weeks to find one so if anyone knows of one that fits his specific equation (floating+dead engine=Dylans boat) then holla! The workshop is coming on, i have all the materials to finish but i'm waiting for the wind and rain to stop as i don't fancy doing a Rod Hull, but i'm confident it should be up and running soon and then with the paid work thats steadily coming in i should have the resources to hit the ground running when its a lot less damp as at the moment everything in the shed is soaked in condensation and smells a bit earthy too.