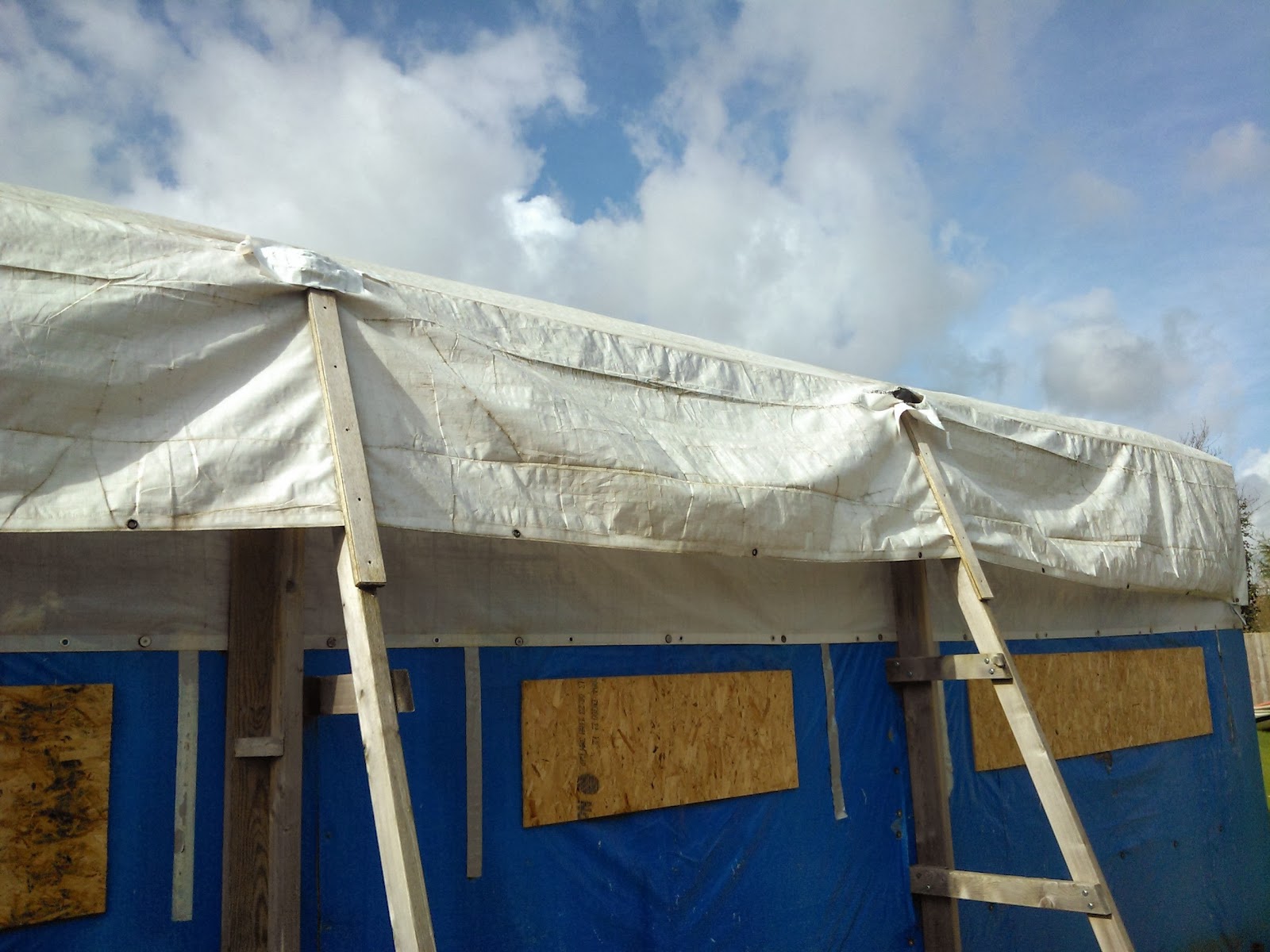 Weather's gradually improving, I opened the shed door Tuesday to find everything's covered in mould and smelling like a wet shoe not to mention the chipboard deck i laid some three or four years back is rotting around the edges where waters been blown in.

I've made a start repairing what needs doing as i hadn't realised how bad the damage was, the new tarp is on the shed and shop next door, learning from watching it tear itself apart over the past few months i've left it a little loose over the structure this time so theres more 'give' in it rather than being drum tight as it was before and then splitting in various points of contact. 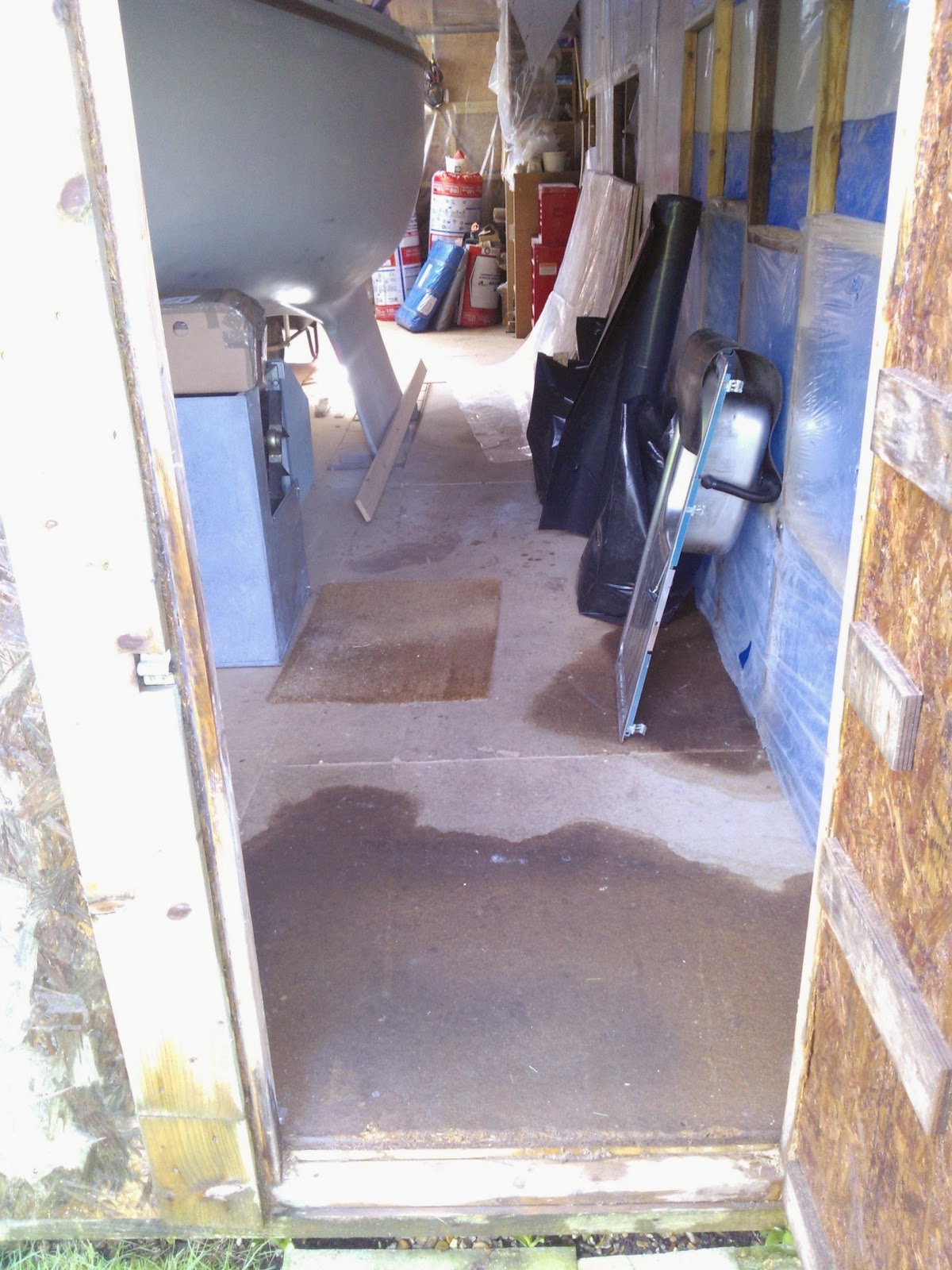 I was quite amazed considering we had 90 mile an hour winds in January, it took everything that was thrown at it, so having another break in work i spotted a weather window Tuesday and Wednesday and stripped the old white outer tarp off modified a couple of things on the sheds roof and sides to cut down on chaffing and then hoisted the new tarp over the lot.

Its now an electric blue-looking silo as i bought the tarp sides right down to the ground as i was terminally board replacing polythene windows in the shed sides every few months from uv damage the only down side is you can't see your hand in front of your face inside during the day. 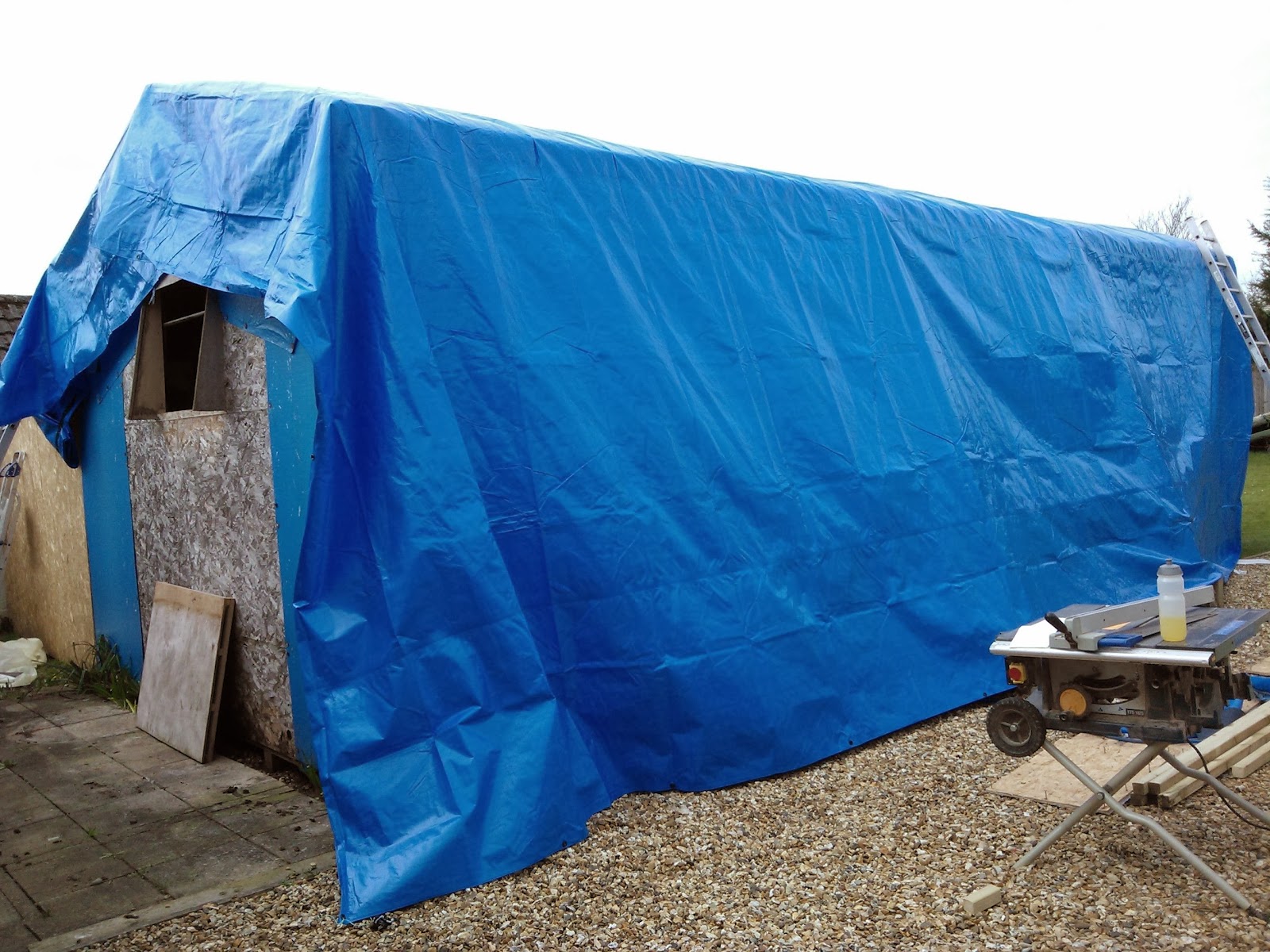 I was shocked when i cracked open the first tarp and the receipt inside was dated 26th of November as that was when i started framing up the workshop thinking it'll be a couple of weeks work but then nature had other ideas and so three months on work resumes........