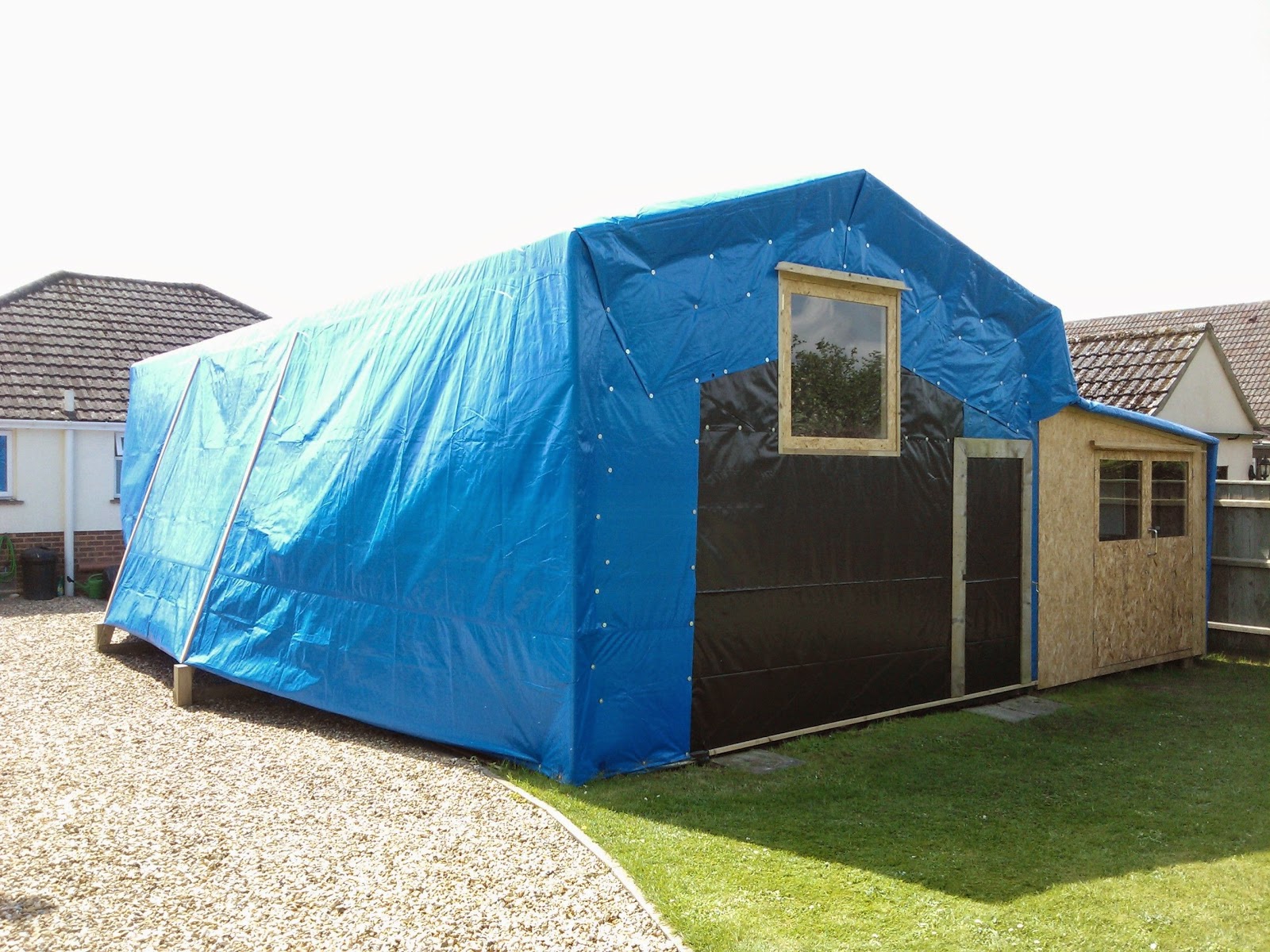 It is all back together, well the shed not the boat but having spent the last six weeks using every available piece of timber and calling on favours for materials the sheds now operational again. This year the shed will mostly be in the colour white and has been stripped, re-floored, re-wired, insulated, glazed and then finally apparelled in a glossy white skin, i didnt think it was going to take as long as it did but the weather really did  alot of damage. 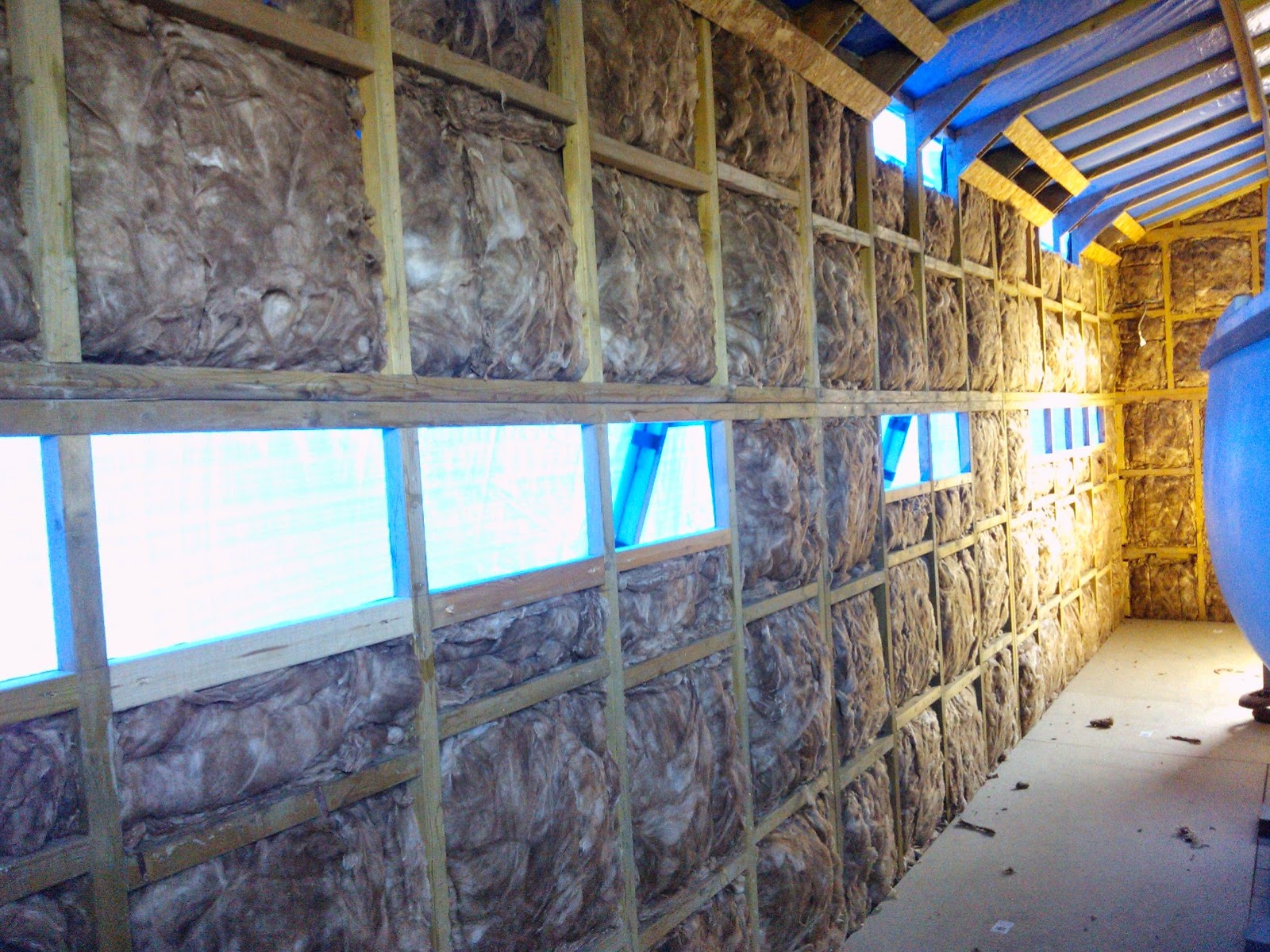 It seems to occupy as much time as the boat itself although it has stood there for five years with only a change of tarp every couple of years so considering the temporary nature of its construction i was always chancing my arm after 2011 as to whether any remedial work was required keeping it upright.

To me at least the sheds now a pleasant place to be so i feel that will go a long way to motivating me, now it smells not so much of old dead boot instead a rather fragrant bouquet greets you and it comes from the duct tape...........No seriously i was up on the tower sealing each seam and was wondering why i could smell my grans perfume  and when having given up the search i scratched my nose with my hand whilst holding said roll of tape and got a nose full. Maybe this is some form of sly marketting who knows but it looks (and smells) a darn site better than it did. 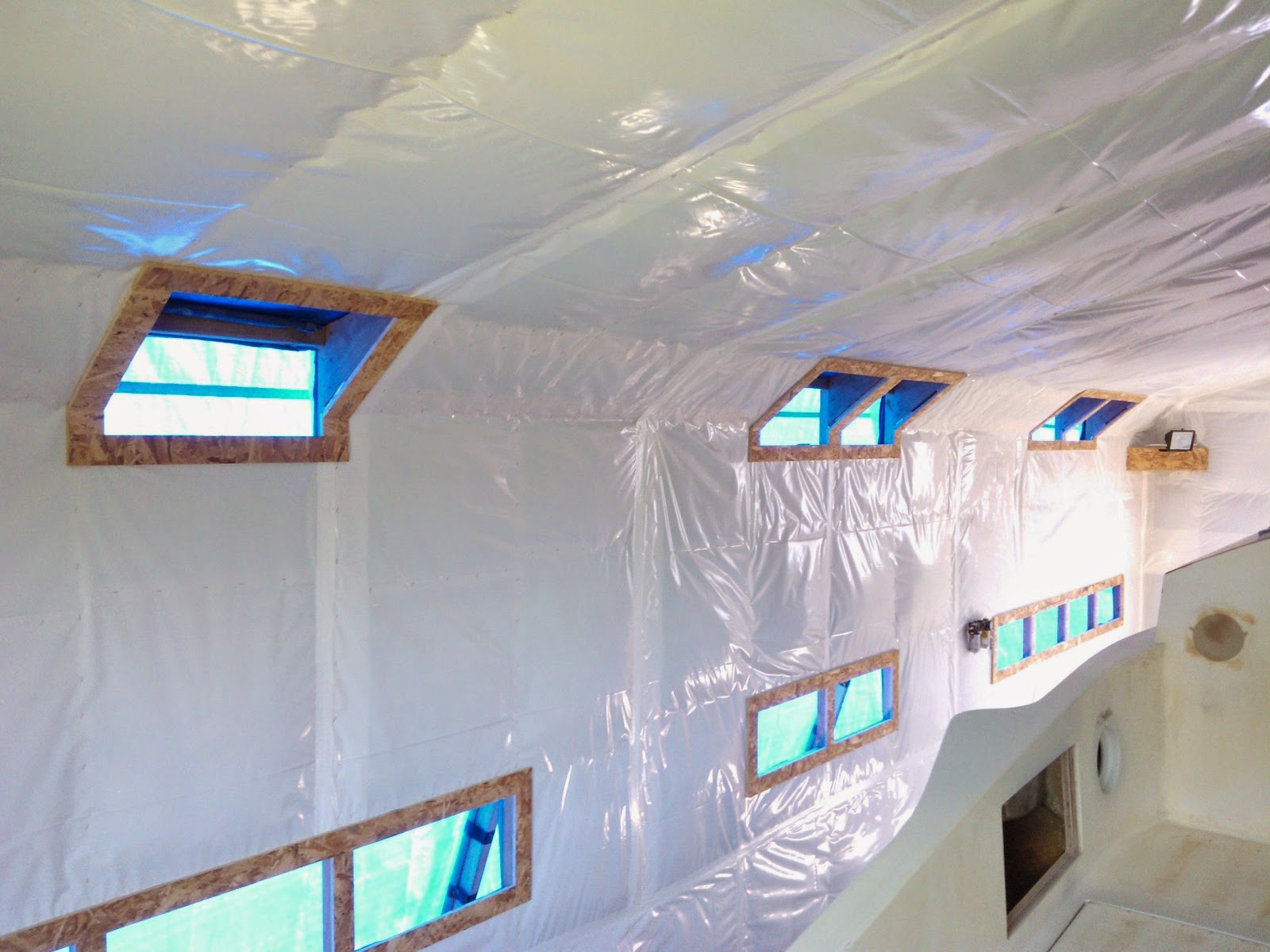 So now i can get on with the boat restoration........well after i've delivered Dylan's Centaur with him and a mate to Anstruther this coming week. We had a shake-down sail going from Chichester to Portsmouth then onto Southampton via Wootton Creek then back to Chichester in two quite packed days. 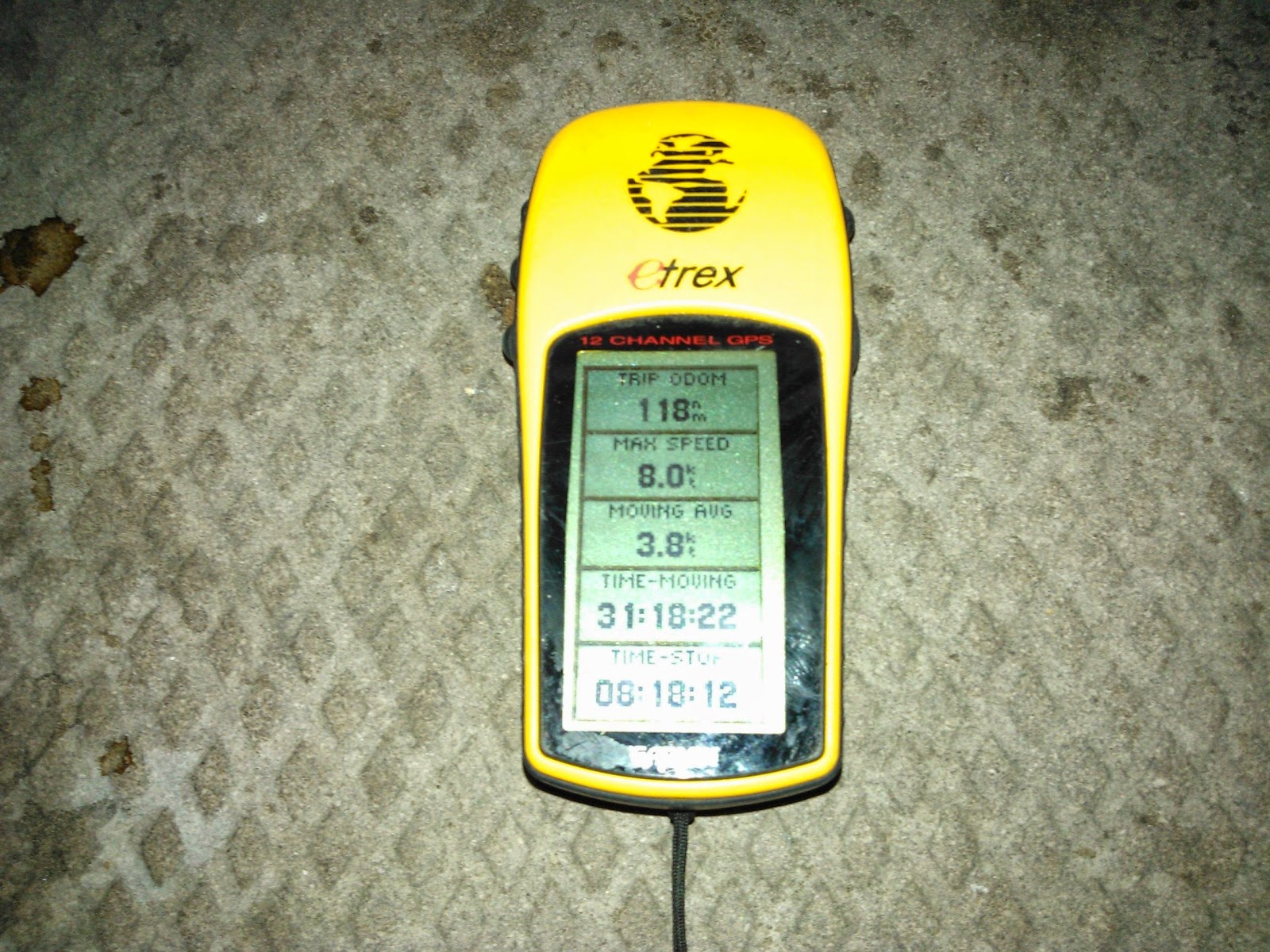 This involved testing different sail configurations and giving the new red genoa a good beating to see if it would break which of course it didn't and to cap it off we got 8 knots out of the old girl - once going down Southampton water with one genoa polled-out and the other set the same with a sheet and at the very end of the second day screaming along towards the channel markers (with a bit of tide underneath us) of Chichester entrance.