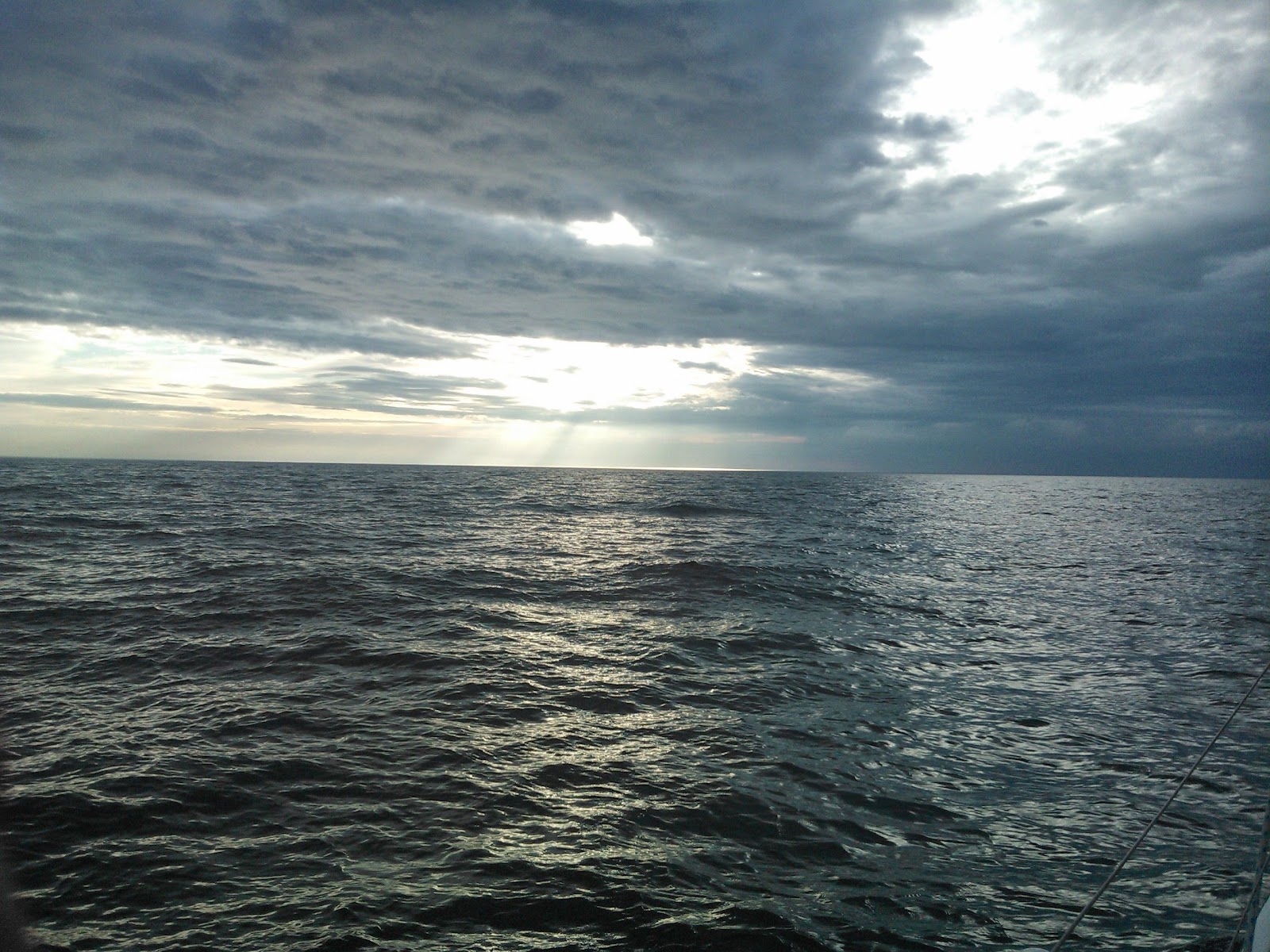 Having spent just over a week on the good ship Harmony (Dylan's Centaur) I thought i'd pass on what i've learnt from this experience:

Night sailing no longer holds any fear as the seven days we had on the water gave us pretty much every variable you could imagine, i've concluded (on the East coast at least) your way is pretty much lit all the way along on account of all the wind farms we passed not to mention the general level of activity out there.

Lobster pots are what gnats are to a camping holiday, we affectionately nick-named them 'minefields' such was the density of distribution - it seemed every tack i put in there were another half dozen on the bow.

Dylan has ADHD (is a constant fiddler and cant sit still) The Centaur (I know .......yawn) is a great boat to cut your teeth on in such a caper such was the feeling of security in the cockpit whilst surfing at 10+ knots down waves in the dead of night (we even have photographic proof of some 14.7 knots on the clock yet none of us know how we got it). 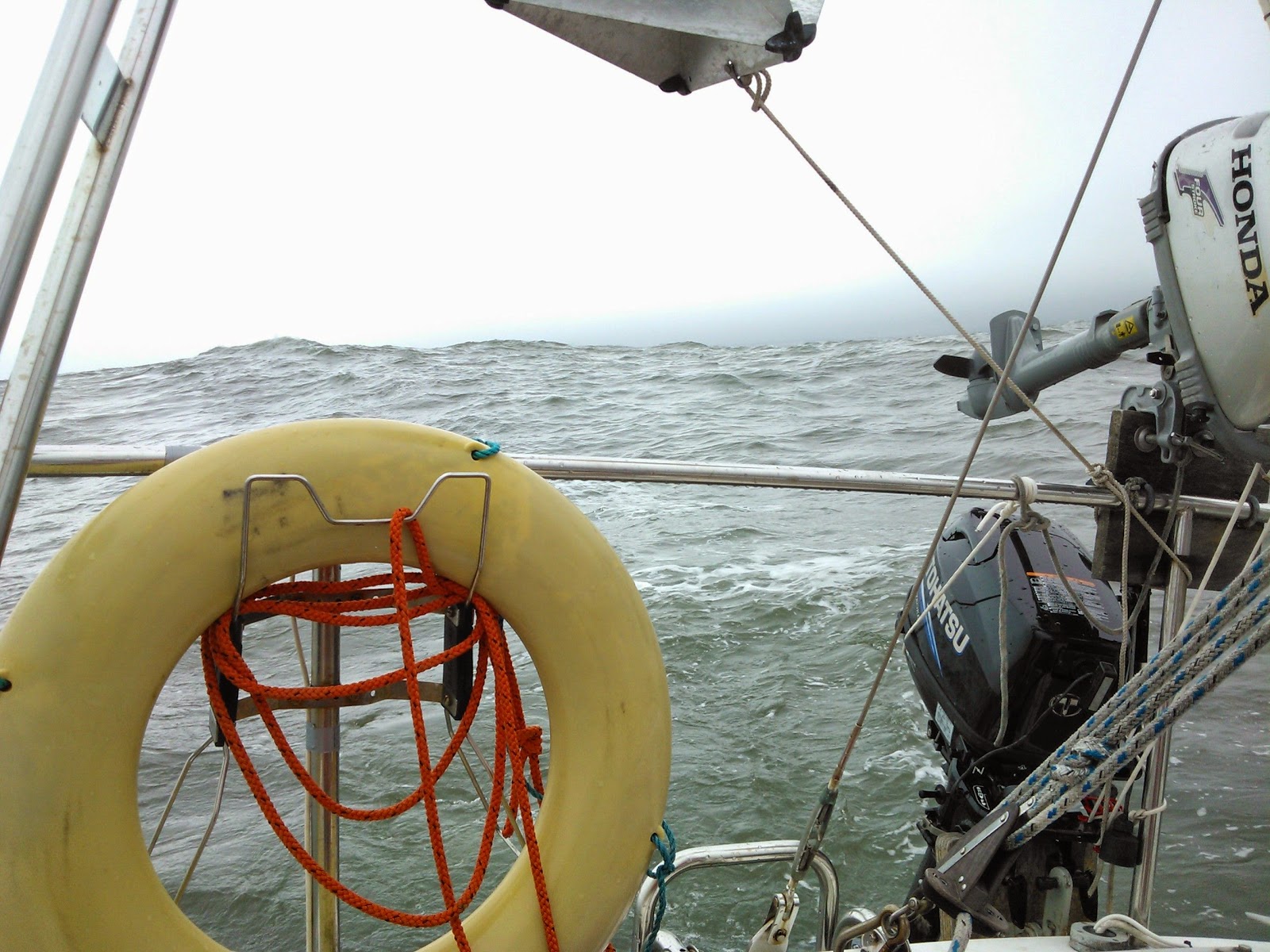 The watch system of two hours on four off was easily maintained although on a couple of occasions i appeared a bit incoherent when getting set up for the early morning shift but like an old telly once i'd warmed up i worked pretty well.

There’s some truly magical pieces of coastline along these eastern shores, Flamborough Head and the spring to mind for their incredible wildlife.

Scarborough: our time in what was the oddest place i've experienced for while was something to behold   (and i've lived & worked in for six months) such was the plethora of very odd shops and not to mention the sheer number of motorbility scooter outlets.

But i couldn't find a more hospitable bunch of people to talk to all things boats and sea except for a couple of what turned out to be crazy ladies who earlier in the evening i'd said 'hello' to as i walked along the esplanade only to have them screaming at me some six hours later when i went to use the sailing club loo's (they were a little bit past drunk imo). I recall one of them slumped by the loo door and the other about to fall off the quayside, i spoke to a copper at the road-end of the quay who didn't seem in the slightest bit bothered. 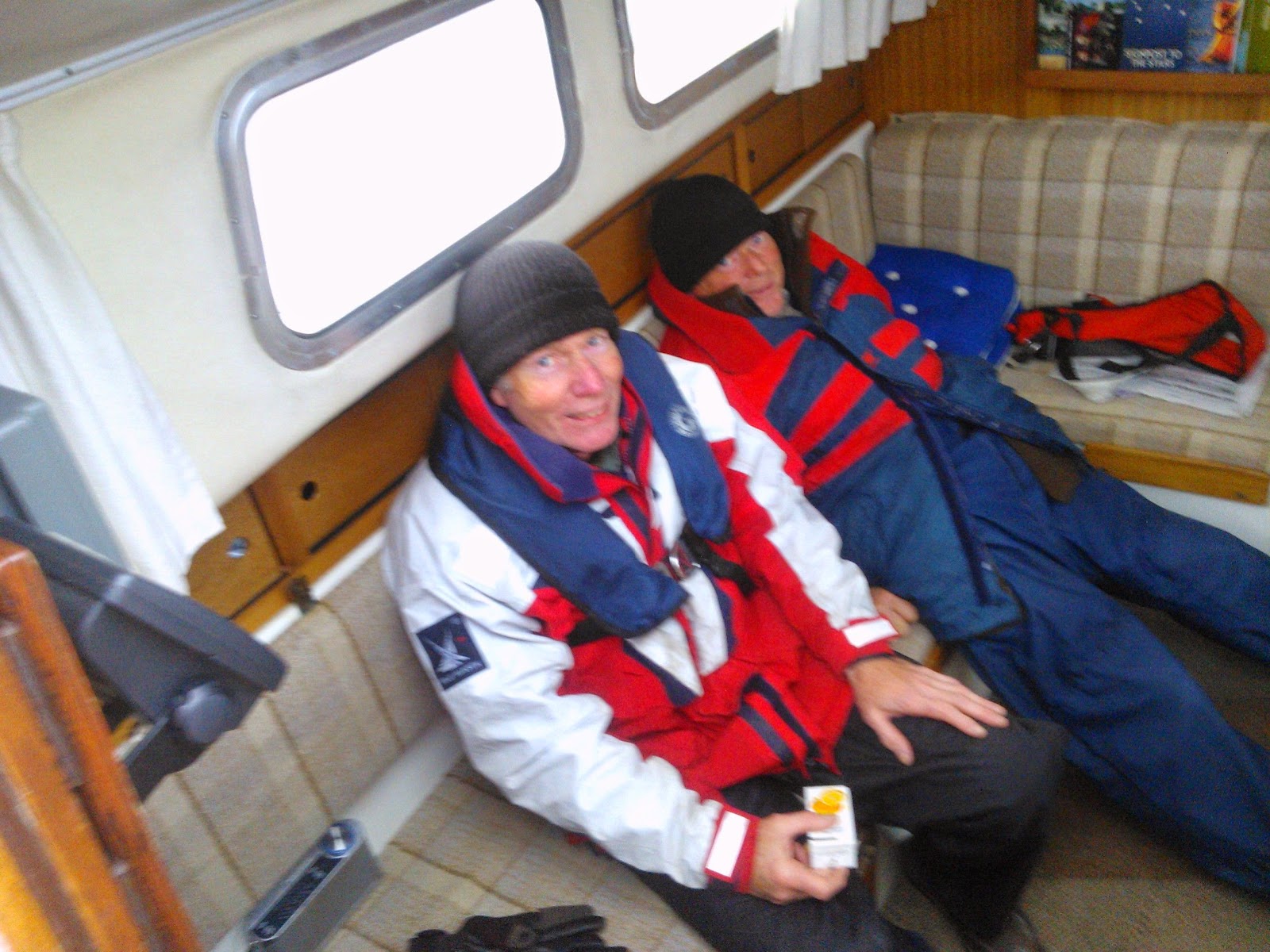 The Harbour View cafe in makes a breakfast like no other, from experience i can recommend the 'Belly Buster' if you've been sailing all night on an empty stomach this is medicine.

What else?............Oh yes Sturgeron works. We got back to the sea after our stay in only to be greeted by no wind yet a curious swell that pitched the boat about to such an extent that both Dylan and I conducted several experiments around the boat involving where you could sit most comfortably without retching and how many Sturgeron is too many Sturgeron? Curiously John was unaffected by the boats motion.

3 is the magic number of people on a Centaur for any long range adventures so its with a certain degree of curiousity that i'll be watching the upcoming films Dylan makes of his family as there will be five of them aboard.

Dylan doesn't sit still for long, i think he may have ADHD.

I found it very easy to fall asleep down below in howling winds despite all the noise, strange as when i'm asleep at home i always wake up a couple of times a night, i think the boats motion and the leeside helps to knock you out. 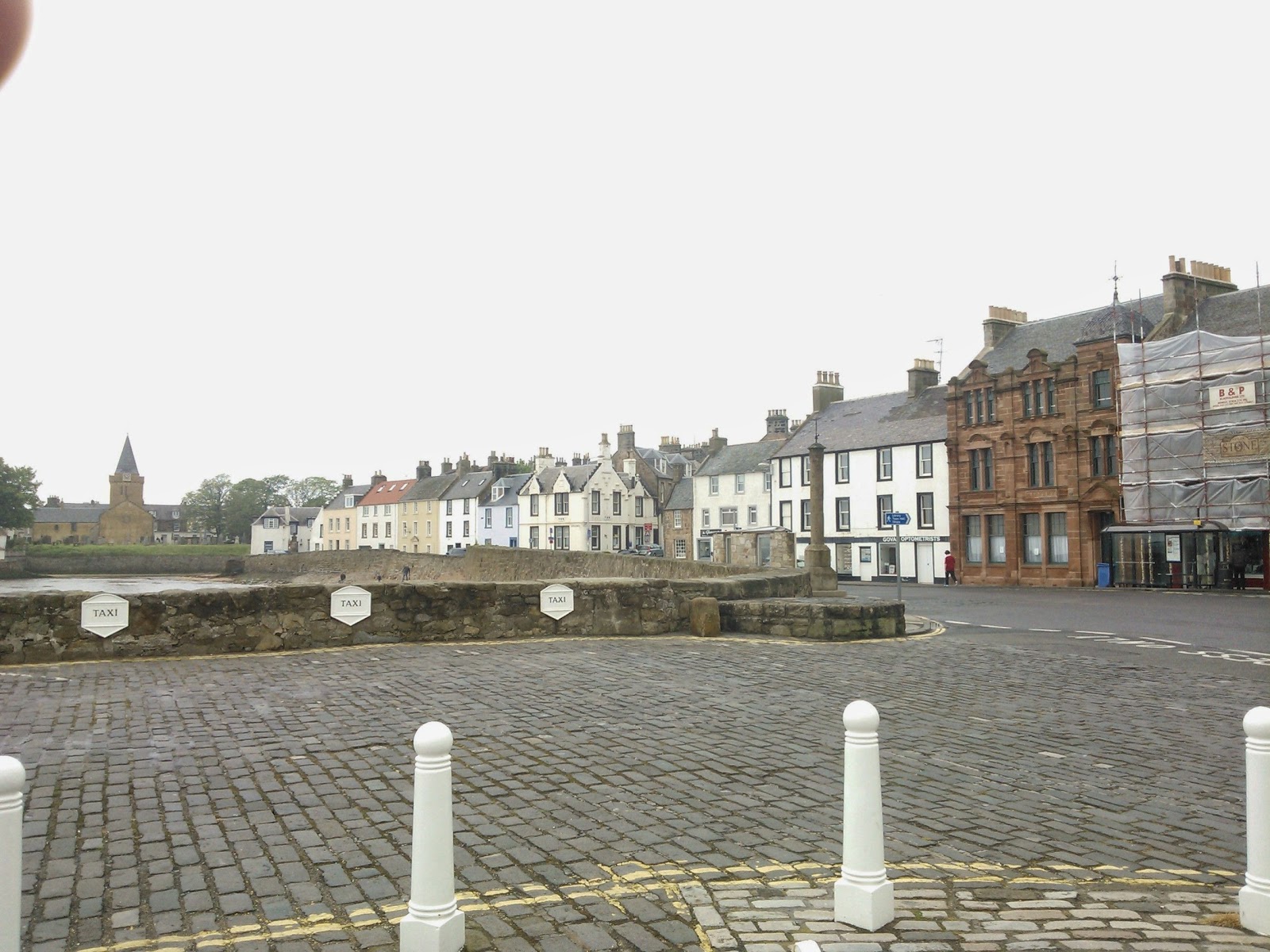 We didn't eat half the food we bought for the trip relying on energy bars, biscuits and various homemade bites instead.

Dylan's coffee is on another level. Now i like strong coffee but i fear a month sailing with him would have me in casualty such is the strength of his brews - it could take down an elephant, John and i drank mainly cup-a-soups pepped up with chilli pesto although John downed alot of lesbian (peppermint) tea.

Pot noodles are the fifth wonder of the world, they have magical curing powers as my sea-sickness faded very quickly after digesting one whilst medicating on Sturgeron.

Always always travel with a great cook; John Roots is that man, such is his ability to cook food many dished at any angle of heel all hours of the day and night and is a great helmsman and wit too. Although rather annoyingly he'd always record staggeringly high boat speeds after taking over on the helm from me, i'm sure he had the engine running.

I would do this trip again in the blink of an eye, modern technology has made this kind of passage stress free and i know all the arguments about relying on tech and yes we did have sheafs of paper charts, almanacs as well as looking to the skies constantly for information but cant beat glancing at the gps in front of you and seeing all that info in real time. I must also congratulate 'Nanny' the ST2000 Autohelm Dylan bought along as on more than one occasion it took the ball ache out of the night shift and quite a few windless day time ones too. 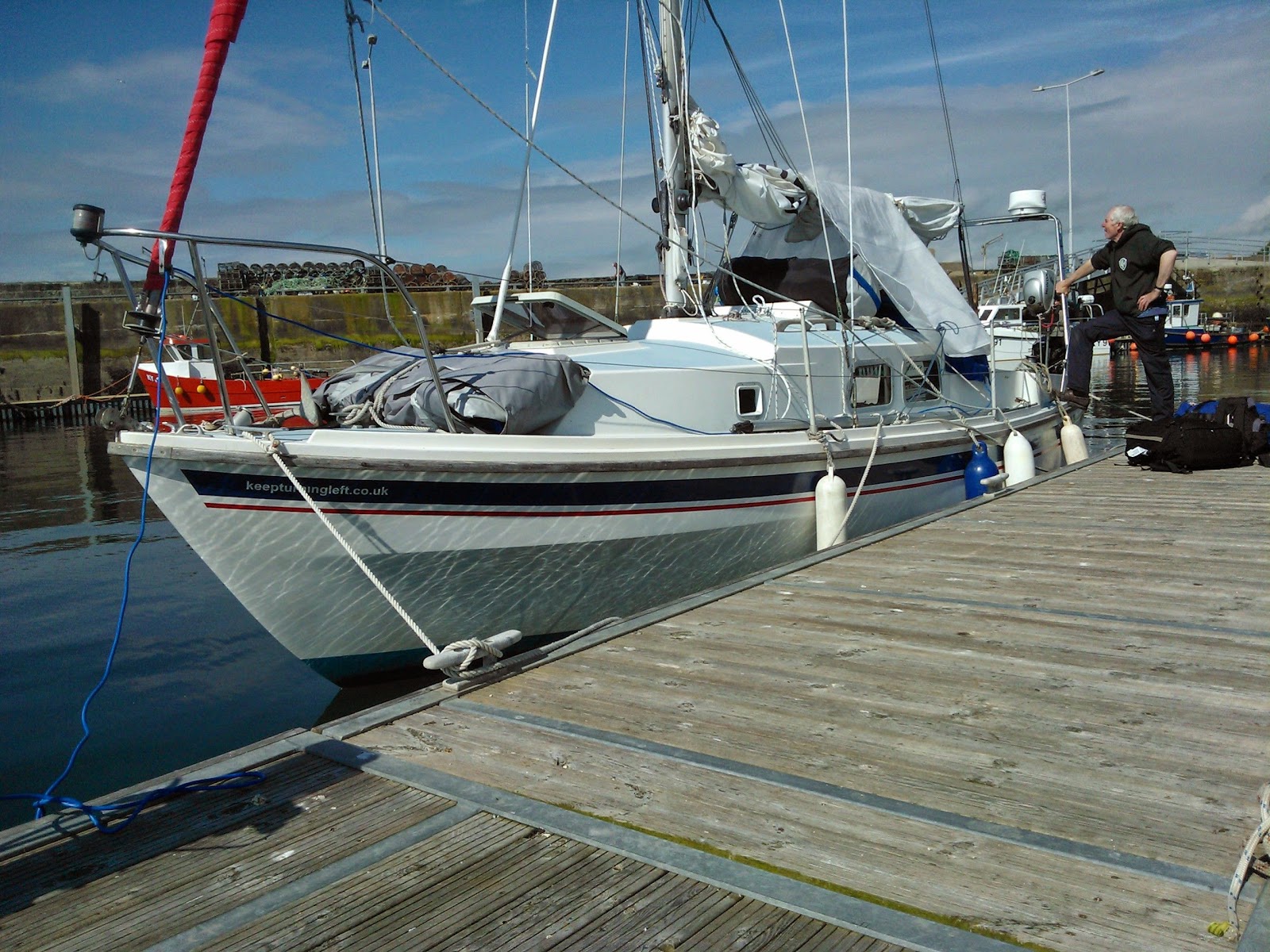 Overall the trip was some of the most exhilarating sailing i've ever done and Anstruther Harbour truly a picture postcard place to visit yet the shower / toilet facilities were run in the most bizarre fashion as every time you used them either you had to present your paper receipt at the door even though to get there you had to leave the marina through a gate using a wireless fob which you received on receipt of payment, ...........answers on a post card i think.

In Dylan and John I couldn't have sailed with two more pleasant blokes ( I nick-named them Waldolf and Statler from the Muppet show) there were genuinely no raised voices, plenty of laughs and more than a shot of adrenaline. what more could you want in an adventure?.............................