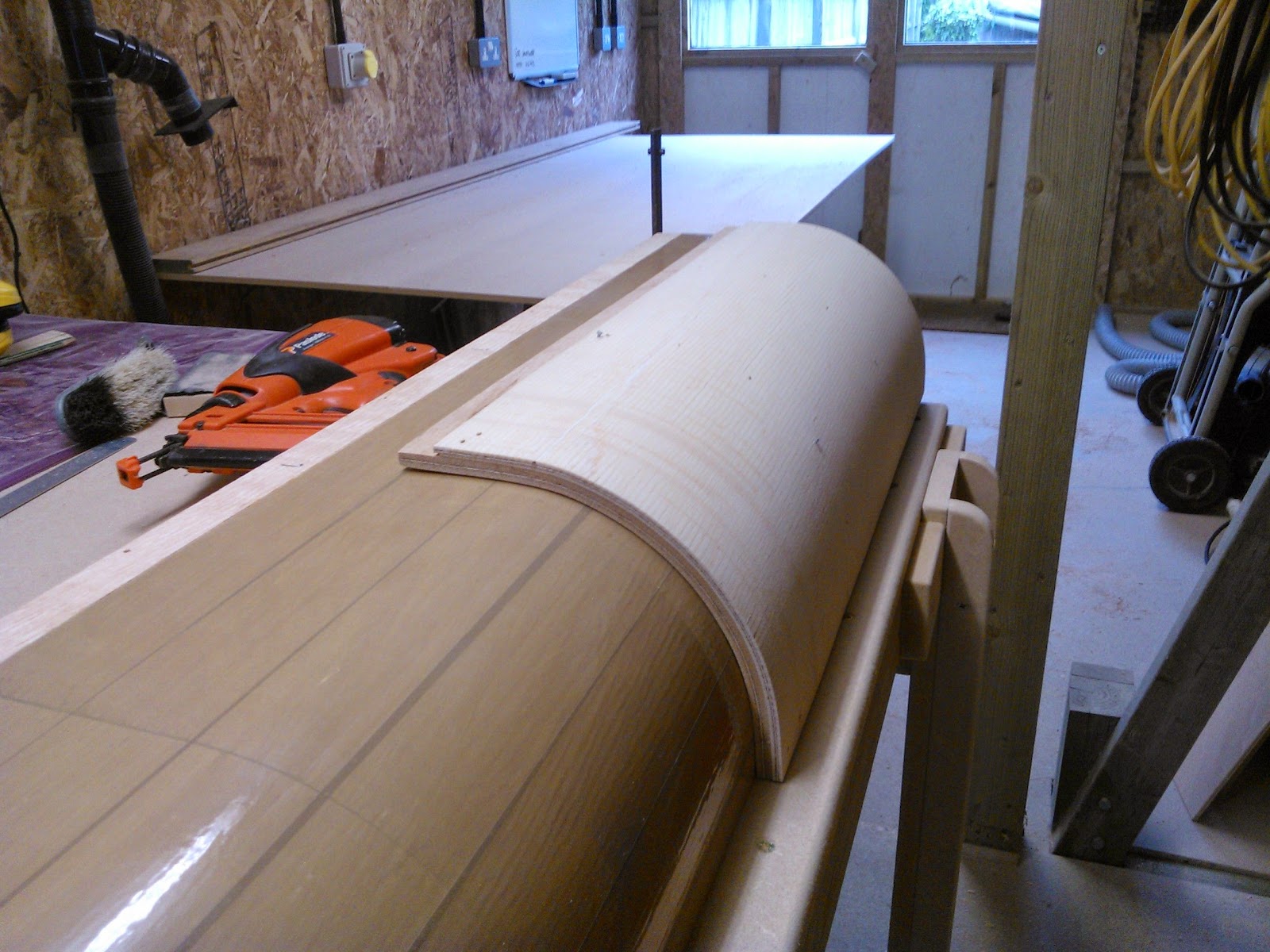 I've just finished the puzzle that was making a 150mm radius piece to fit to the main bulkhead and all i can say is it would have been way easier if this was for a domestic application. You see back in the day when we had the shop and you would get a job that required curved work you you'd make your former / jig to the net dimensions of the finished piece then run out a load of 3mm mdf to the required dimensions. 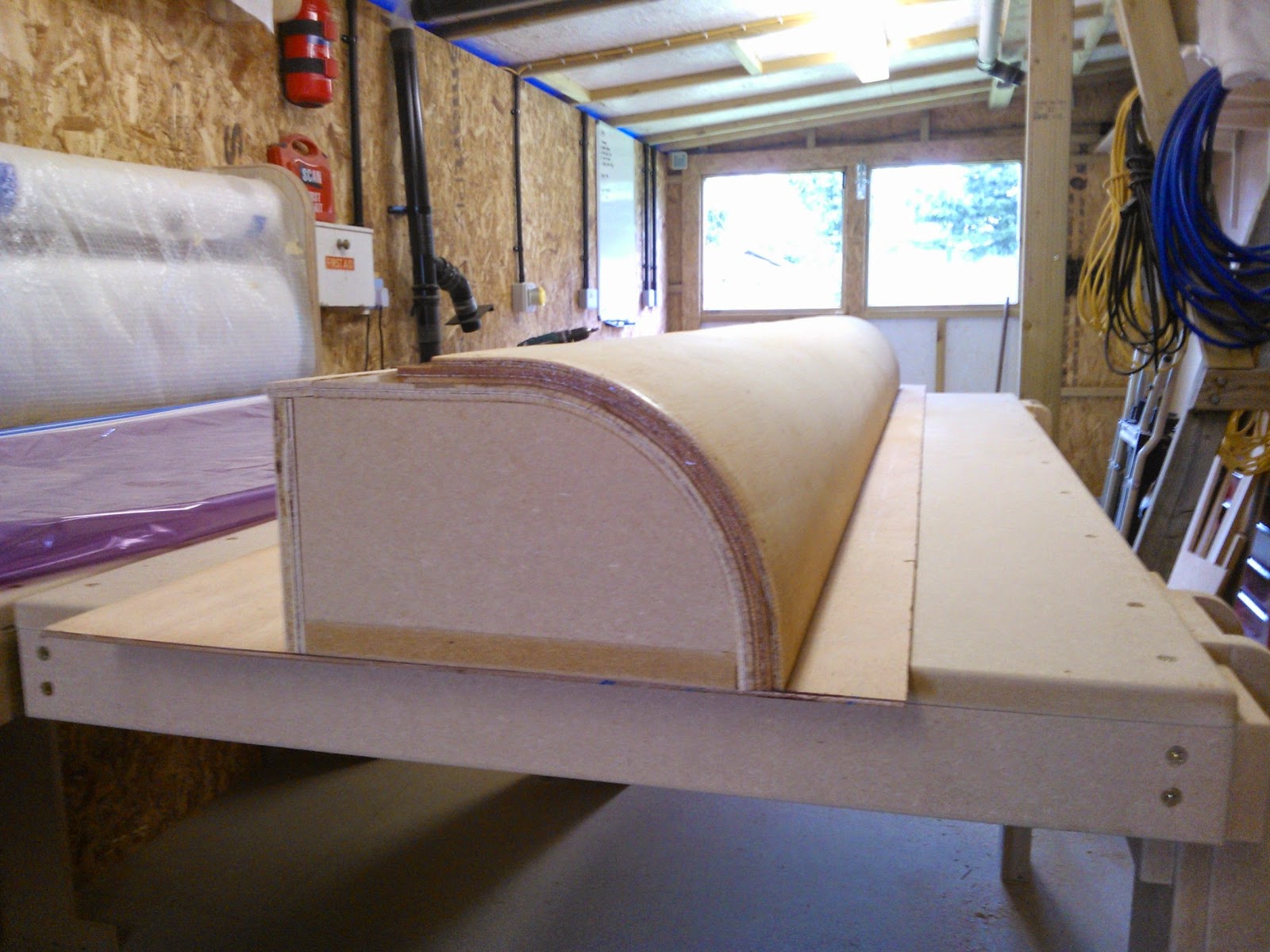 Then coat each piece in D4 PVA load it over the former bung it in the bag, square everything up as the pressure comes on & job done, not so when its a marine application. I went the bendi ply route; and all i can say is what a huge (expensive) pain in the arse, i was told to heat it as i bent it over the former to which the first piece promptly snapped along the glassing-in line i'd cut into it. 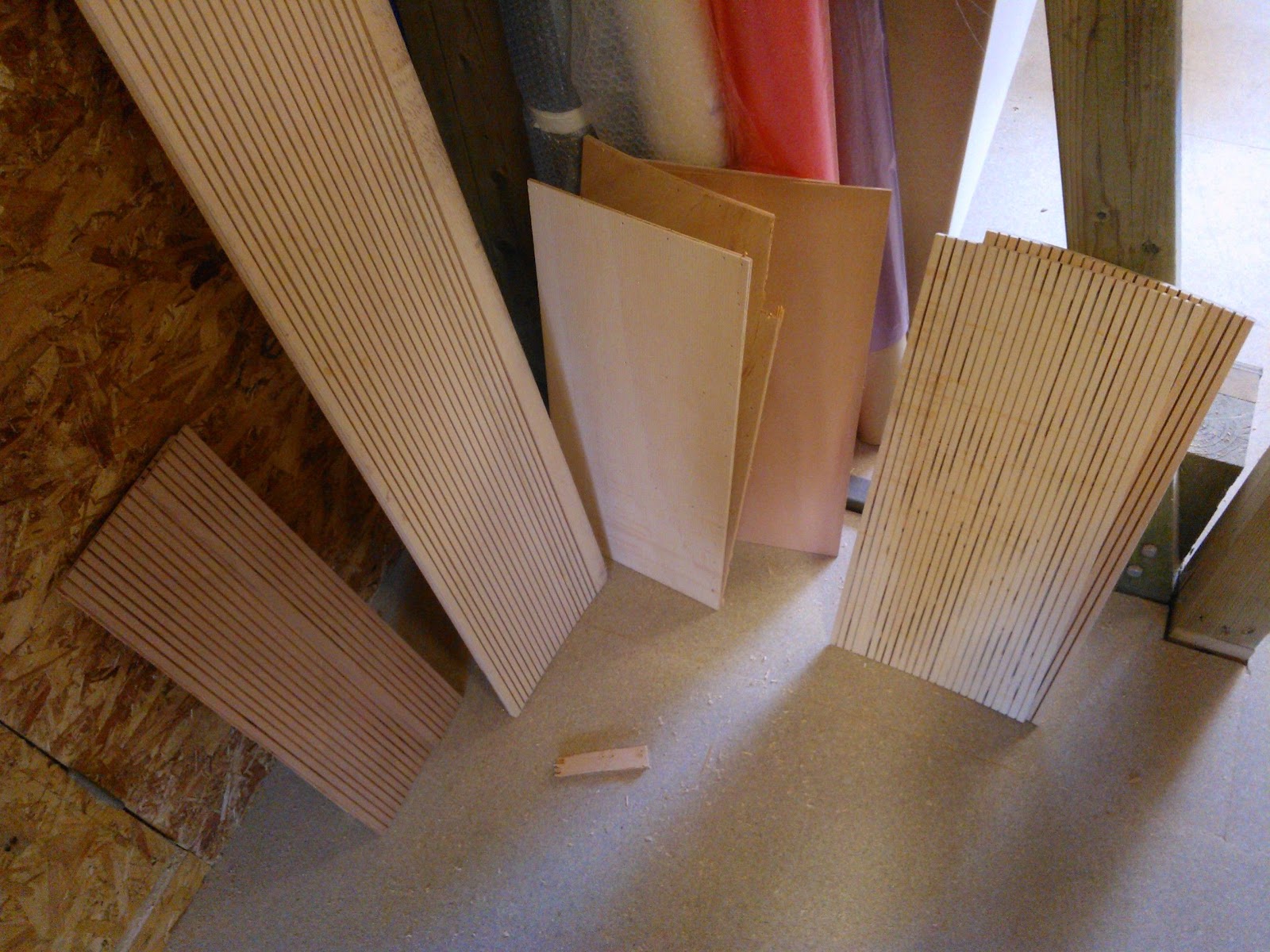 So being of a logical, vaguely sound mind i stopped and got a few test pieces and cut loads of kerfs in the back to aid the piece taking the shape of the former and still i heard the 'crack' of failure. Really all i wanted was some 1.5mm gaboon which it seems up until recently you could get hold of, now its rarer than hens teeth as i found the big boys stock it but wont let me have any unless i take an artic's worth of the stuff (the usual unhelpful attitude thats common here in the UK,)  hence the bendi ply.

Still after messing around for what seemed like an eternity (a couple of days) i got all cave man and more out of frustration nailed it to the former, not particularly clever as it basically means destroying it to make this one piece which again is a common theme of this project...............but i want to get on.

Tomorrow i'll start making provision for this piece on the boat side of things as whats left of the main bulkhead isn't attached so need to fix that before bolting all the other side together then hopefully into the engine room and finish that off.