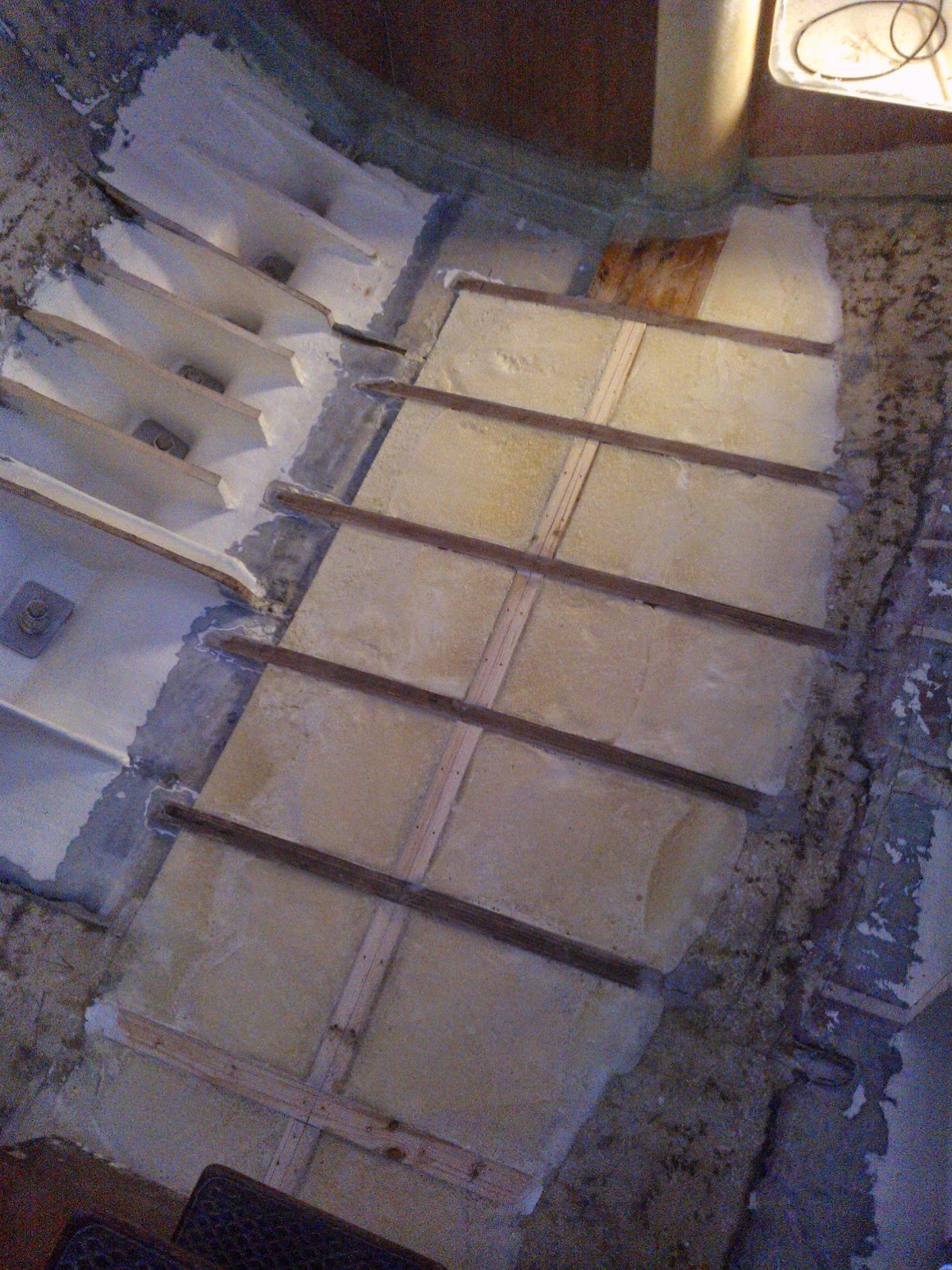 After a few more days of effort i've got the floor down using 2 Part Foam, PU18 sealant, Wests epoxy and 12mm marine ply oh and some A2 screws.

I know many will say its daft filling the bilges in but since i've encapsulated it in epoxy and sealed the edges i cant envisage too much of a problem especially as the bilge wasn't even 3" deep at the maximum so will wait to see if any problems occur - can't really see it myself.

What else............i started a Westerly Anarchy page over on Sailing Anarchy' site as a repository for all things Westerly as there are a few of us about the globe who are doing interesting things with Westerly's whether it be restoration, modification or sailing them to far off places. 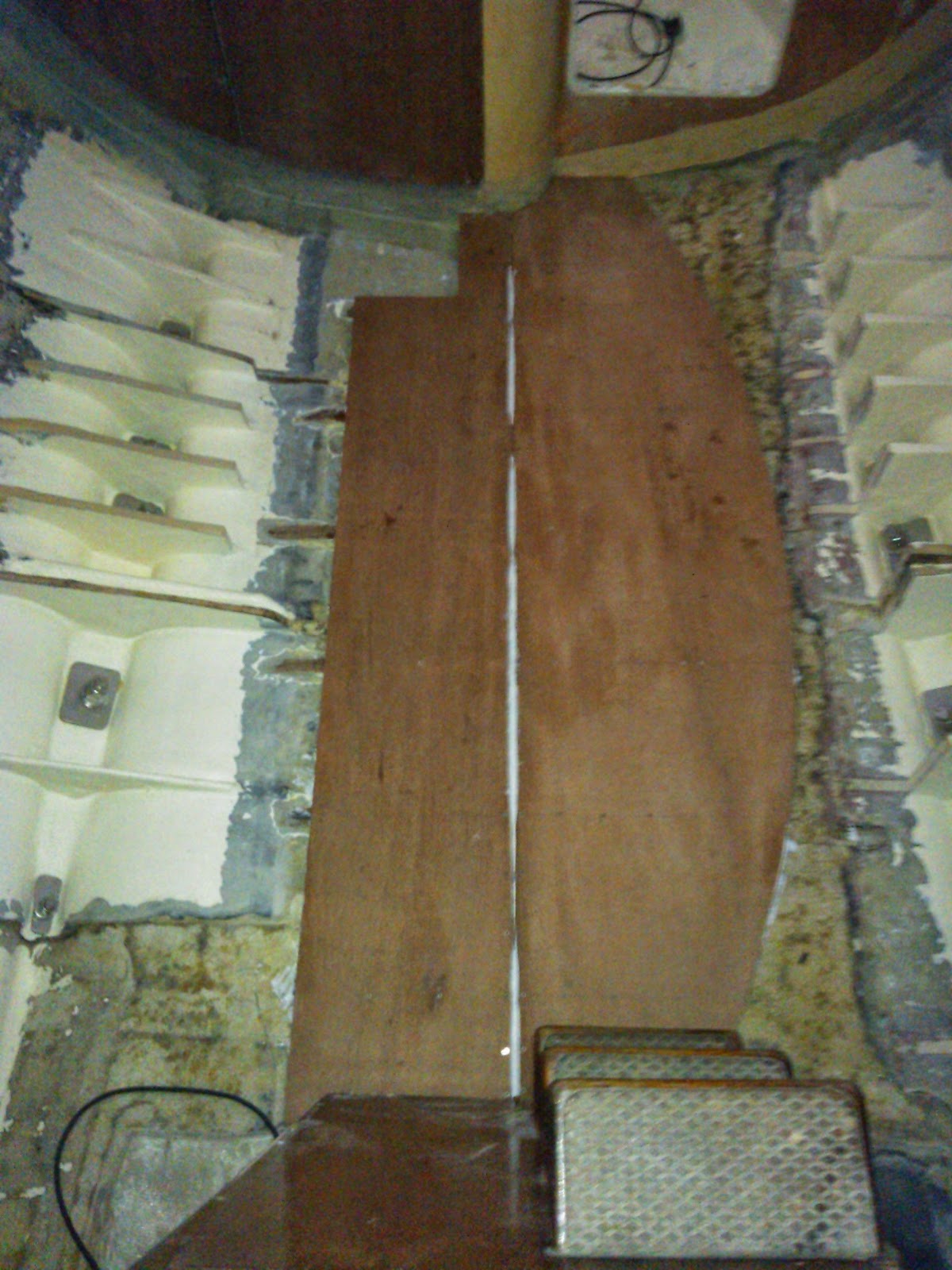 Thinking particularly about the following people; Dylan Winter and his circumnavigation of the British Isles in his Centaur 'Harmony', Rob Hoffman and his modified Pageant, Greg Vanderboom' GK29 and David Greenwood's Nomad renovation as well as Ken Hastie' Centaur and subsequent W33 mods and a guy called Eric who amongst other things has built a retrousse stern into his centaur that incorporates an outboard to name but six.....well seven including myself, not many i grant you but oak trees from acorns and all that. Still if any of you are doing something quite interesting to or with a Westerly get in touch. I nearly forgot - the first Centaur owner who i came across on the internet in 2005  - a French Canadian who's modified his beyond all recognition for some serious ocean-going passages; Tribull, makes eight off the top of my head.

*Update* I nearly forgot about Derek Houghton's Konsort - Rhum Lady - now thats a project i'd call extensive, the album of which is on my front page to the right here.

I'm confident i can as i'm still really digging the workshop/shed set up, every time i walk in my spirits lift.

How's she coming Roger? haven't looked in a while. I've been proficient more at breaking things this summer rather than sailing. Got a new main is been the only high point

Cheers Jim, shes coming on just fine, need to upload some pictures and words soon. I've just finished some contract work which has put some money in the bank to help push the project along abit. I'm spending most of September doing my own paid work as well as working on the boat whenever possible. Will update the blog asap.

Cheers for taking the time mate.

Good stuff, thanks for posting this article. This is a solid reasouce with some useful information. I’ll put this in my bookmarks = ). diamond polished concrete

Cheers Fortnite, i've only just found your comment, will take a look many thanks for looking in.