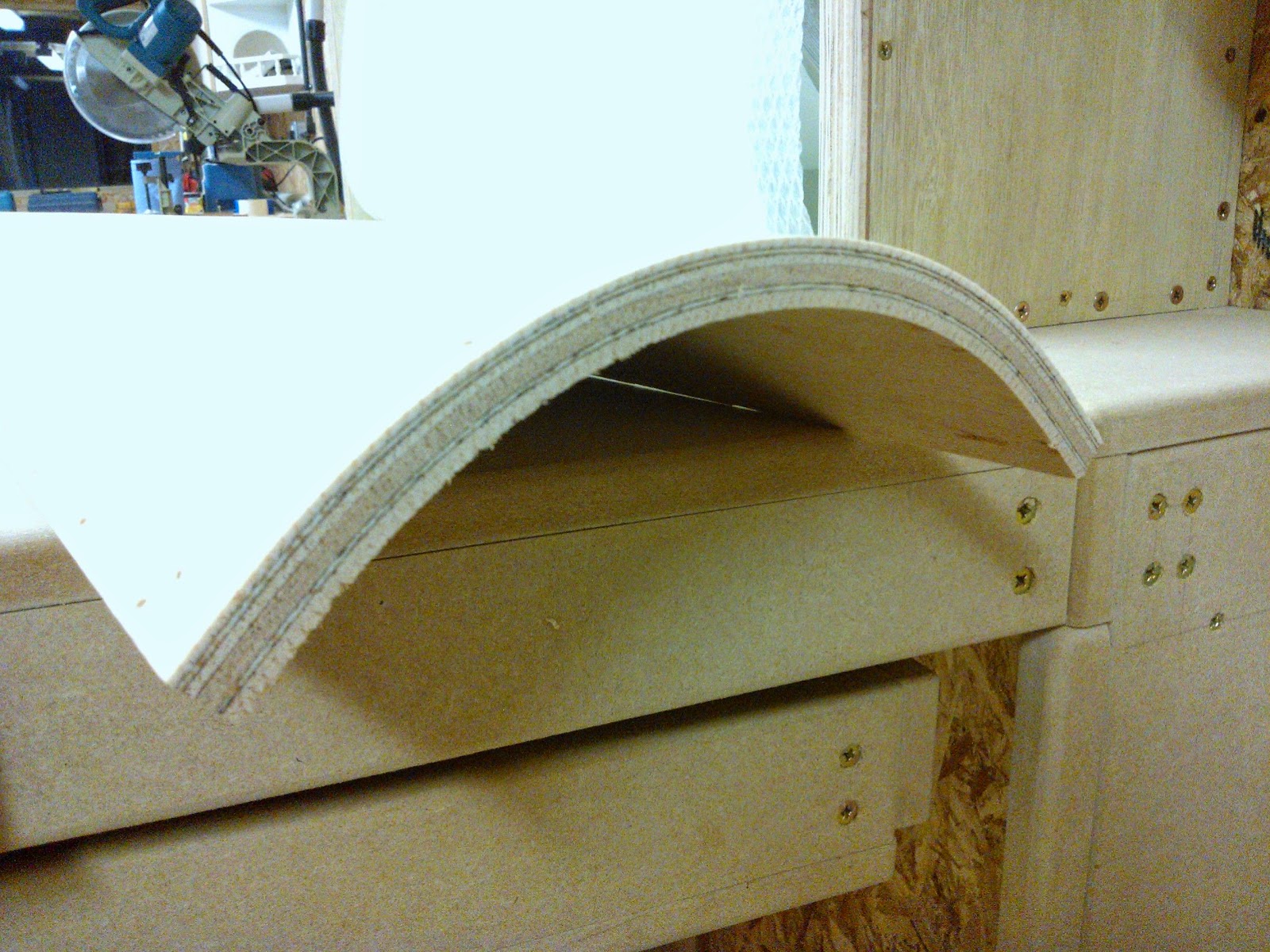 I completely annihilated the former this morning, it wasn't in vain though as the finished piece looks pretty ace. Still after a morning of cutting it square and sanding the resin snots off of it it was onto other things like getting the boat side part of this job ready. This entailed a bit of pattern making so i can clad the starboard side of the main bulkhead in 9.5mm marine ply and then tab to the hull as where it was sat in the internal moulding it was bolted in. 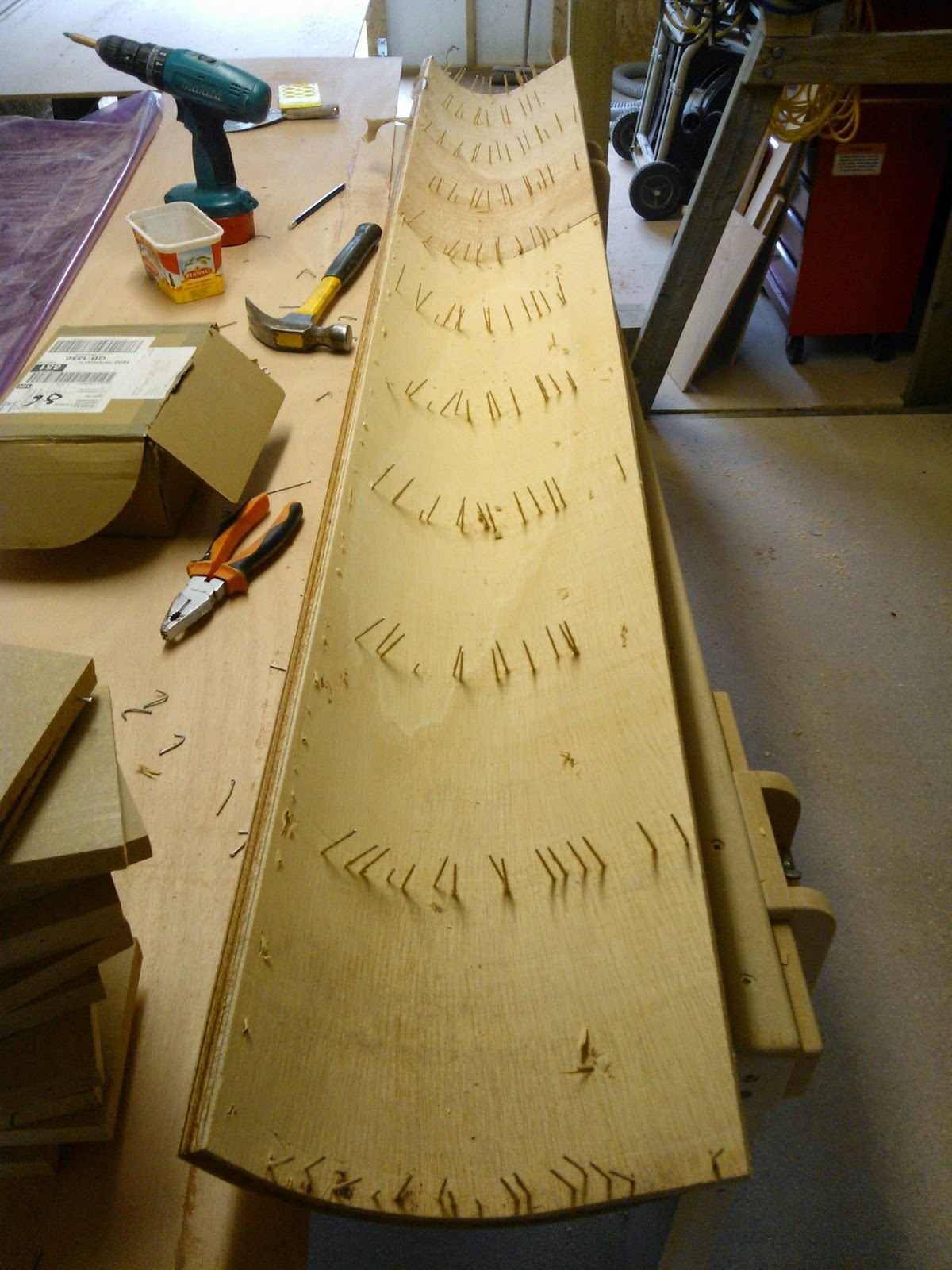 Now i've cut that away, from the sidedeck on down the bulkhead is now just floating in air so the idea tomorrow is to get a sheet of 9.5mm bond and fasten it to the original and then tab it down several times so the structure is sound once more. 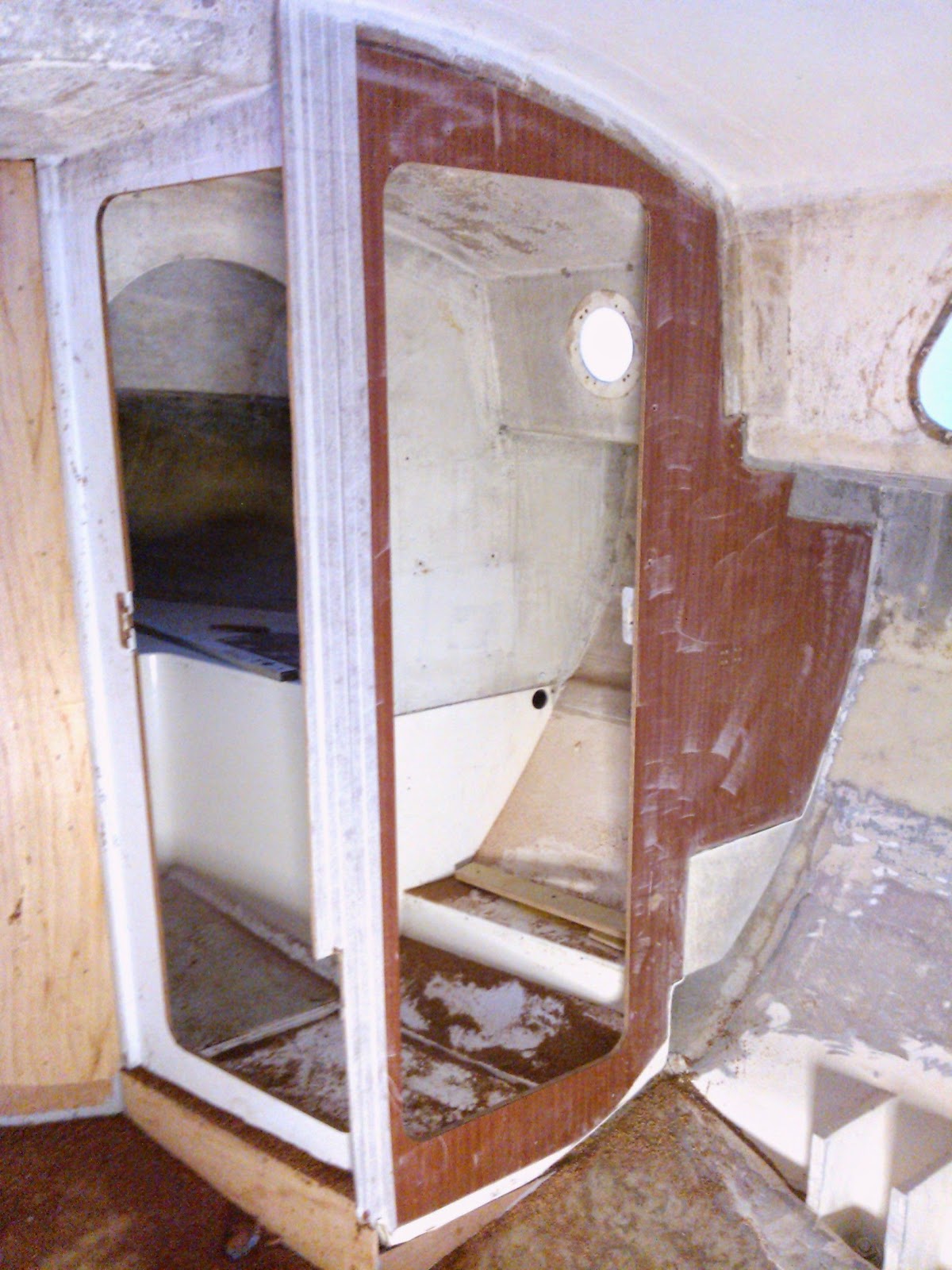 Before doing this i kept looking at the doorways and having never been that impressed with them even back in the day - everybody would crack their heads on them -  i decided an upgrade was needed so cut in the later style door shape Westerly used in the '80's and 90's.
It now looks more modern than ever before and you don't need to do your quasi modo impression when moving around up front or when you want to use the heads.
More on this later......................................