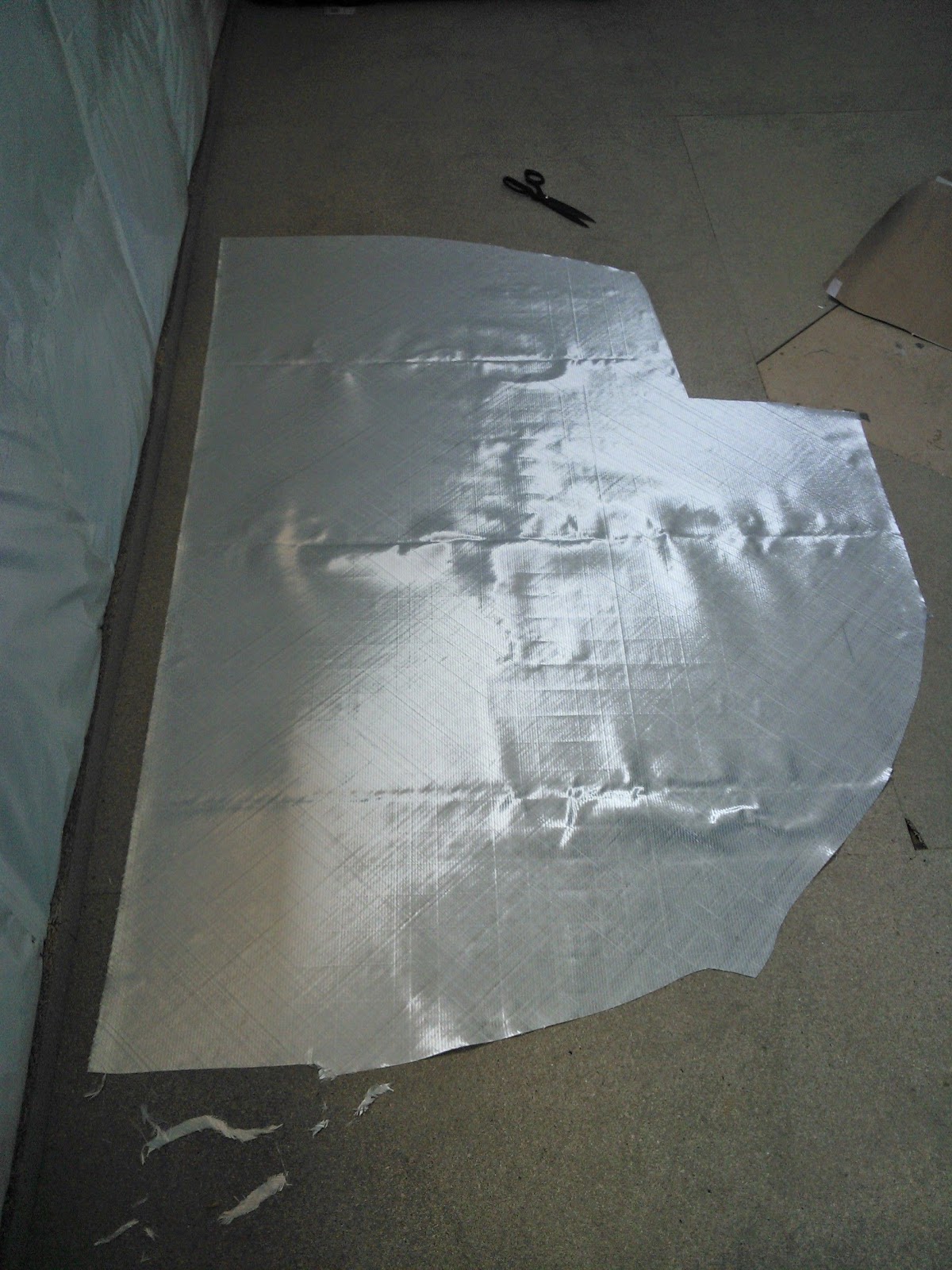 I'm writing this from the shop PC having just got done sheathing the main bulkhead, i had a bit of a crisis when tabbing everything down on Wednesday as i went through ten roller heads, countless roller trays and a heap of other consumables too dull to mention.

As fast as i was knocking up, the resin was kicking, having traced the problem to poor ventilation  in the boat plus a scrotching hot day (well for the UK at least) i resigned myself to sanding the saloon side down as i had no time for peel ply. 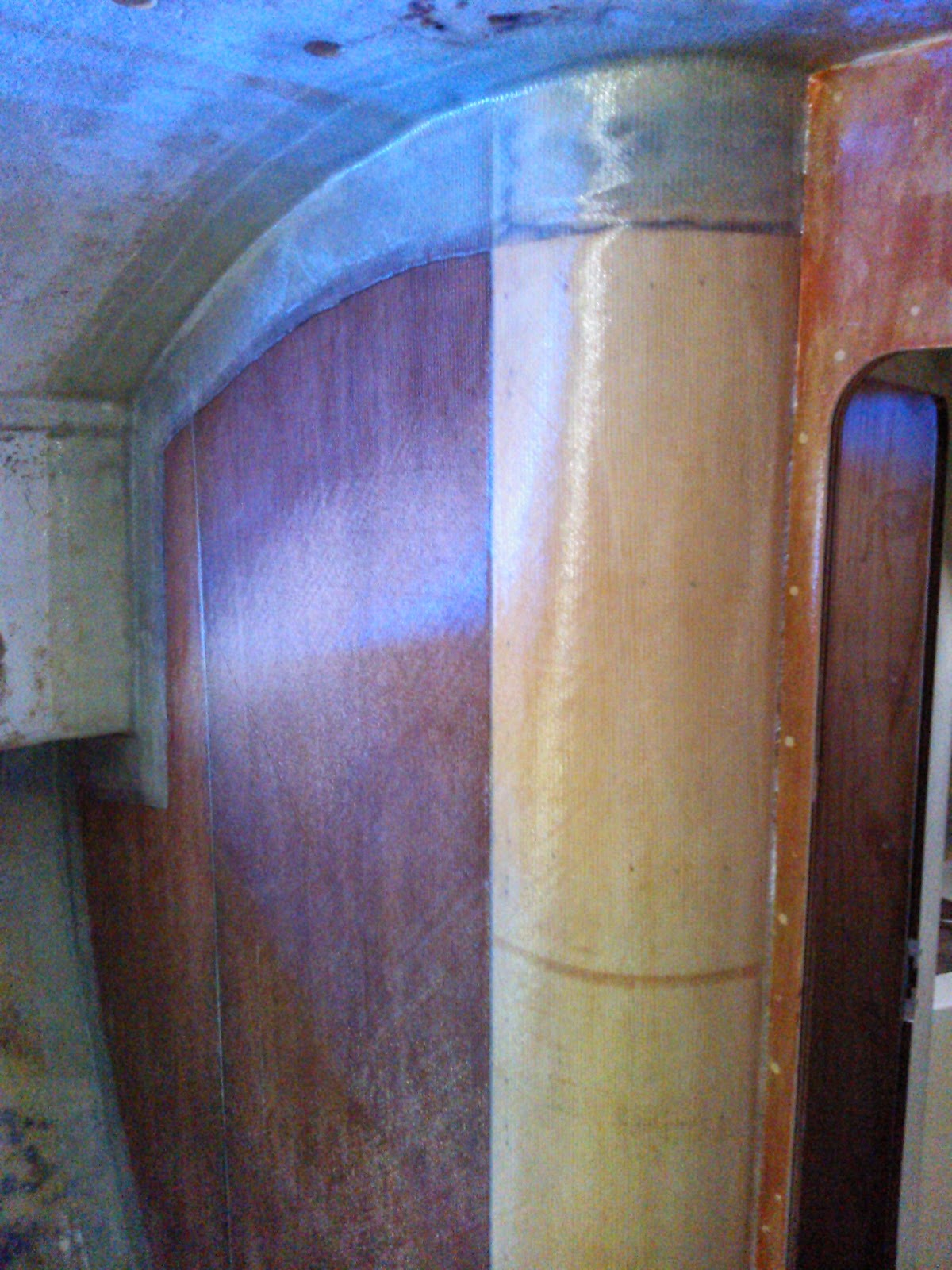 I basically wasted a whole day yesterday sanding everything - even the side i peel plied! I gotta be honest i've never had much success with the stuff unless the workpiece is horizontally flat with access all round. I had the very same problem when laminating the keel to hull joint. I'd peel away the peel ply to reveal loads or crevices where it had lifted - the heads side of the bulkhead was no different so having spent yesterday in my CSI suit and gimp mask (quite a look) i proceeded to sweat like a pig not to mention itching and scratching all the way to the shower.

Still undaunted i got up early this morning knowing i had some fairly big areas to cover and not wanting to do all my consumables laying it up i thought a 7am start sufficient as the airs reasonably cool. I got the blowers going inside the boat and then proceeded to unfold my prize-winning origami onto the heads side of the main bulkhead. I was working at a pace that would make robots fear for their jobs as i thought in an hour or so the sun would come up and i'd be doing my circuit training bit of running up and down the ladders with fresh rollers and trays etc. 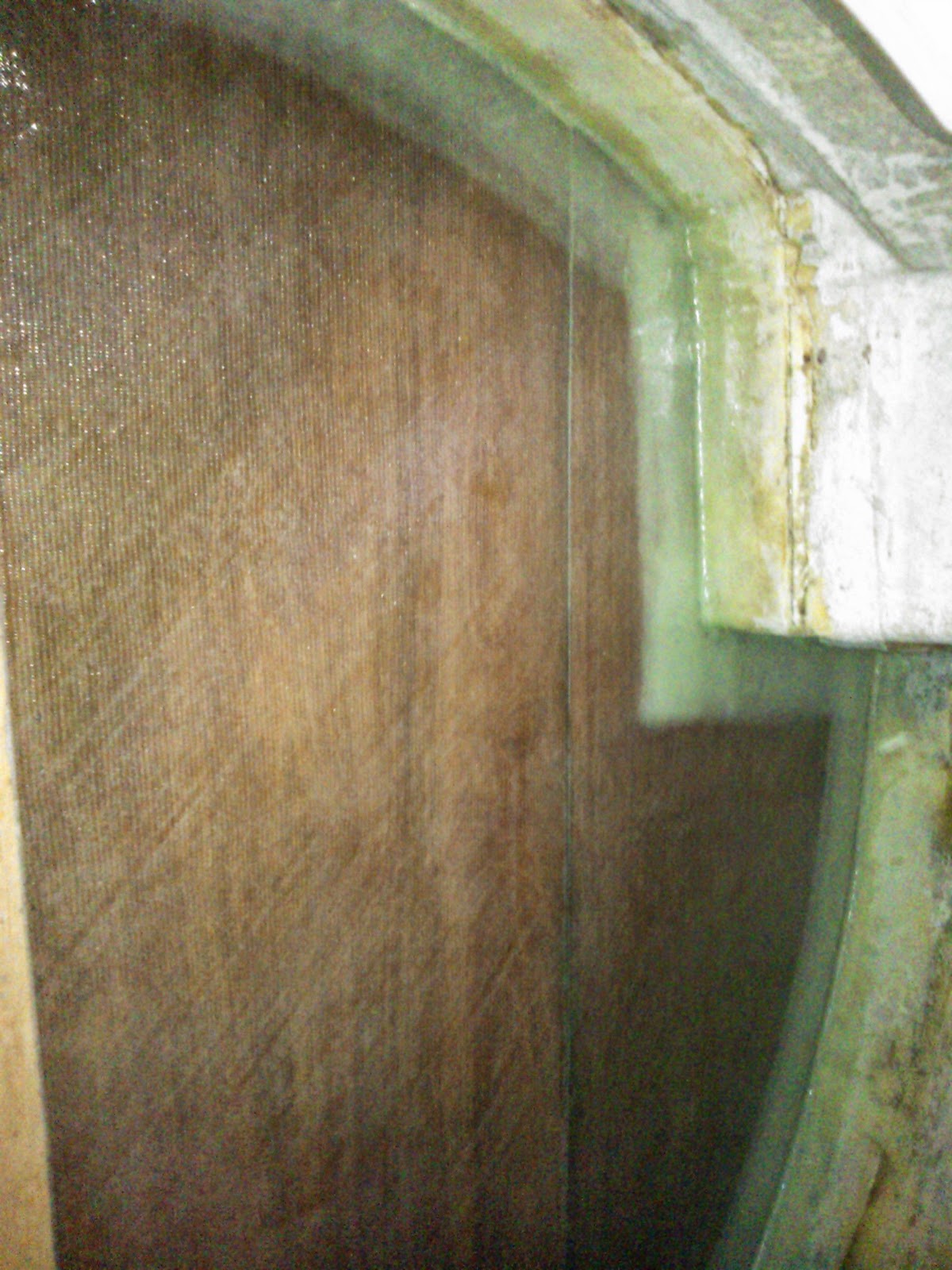 It wasn't to be although my arms were like jelly after the first piece of cloth, it was then i decided i'd be better served keeping the momentum going so elected to forego the peel ply and crack on with the saloon side. By now my confidence was high as was i, (i put it down to a lack of fluids - nothing illegal) and so for the final trick of the day i rushed a piece of cloth off the main roll in the shop, quickly templated it and whacked it on so i now have a totally sealed structural bulkhead.

What i've learnt these past few days is that if i ever do something like this again (and i probably wont in all honesty) i will be using/importing a non blushing epoxy like Mas or System Three from the States. It seems to me West's really is only practical on new-build using vacuum pressure and a lot of bodies. 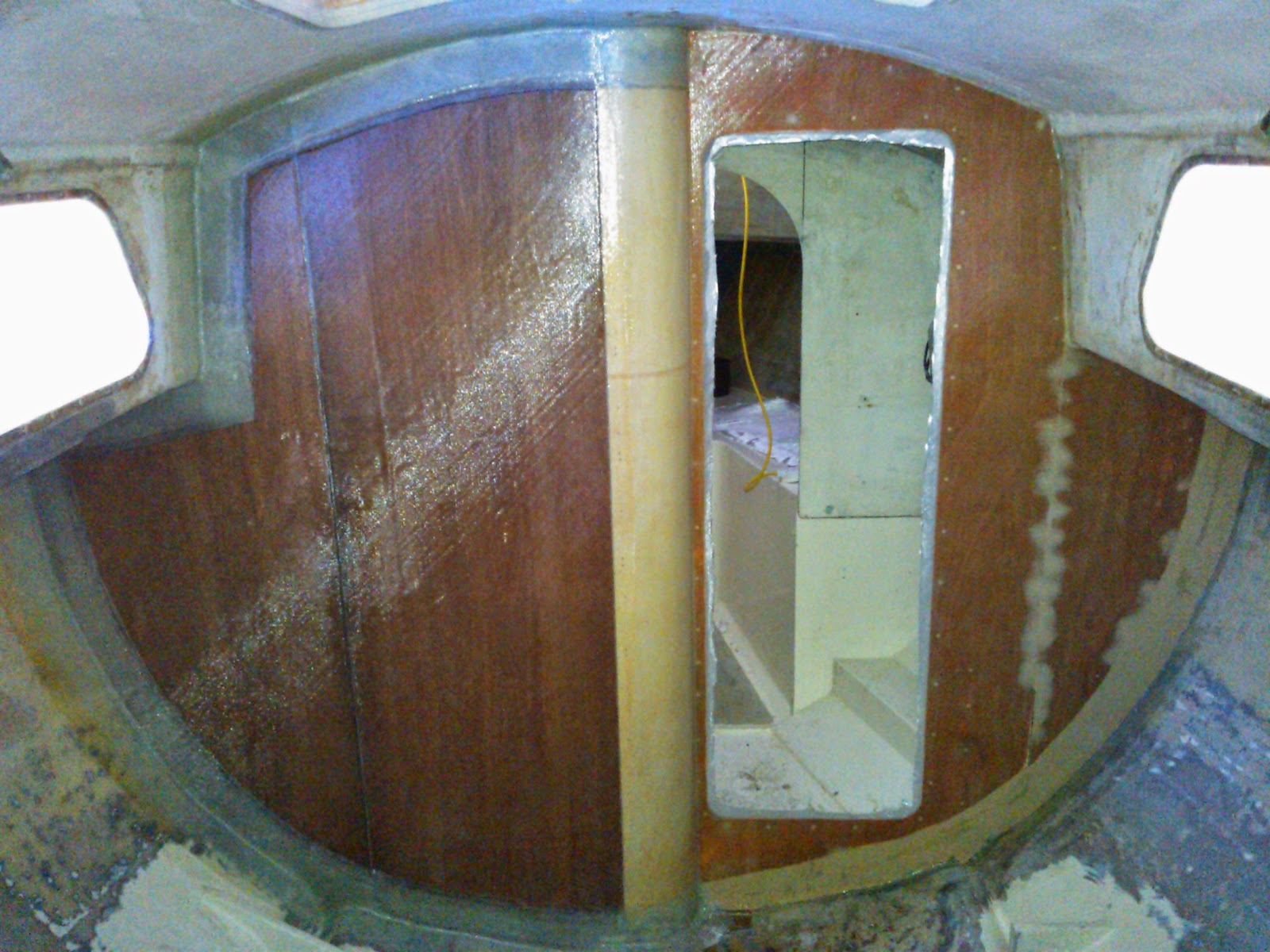 For the sort of work i'm doing where i'm limited in personnel and equipment (although i do use vacuum pressure for veneering and the odd bit here) its just too much effort plus the wasted time having to wash, wipe & sand regardless of whether i've used peel ply or not.

It looks good Roger. You really do get a good feeling when a major piece comes together like this. I know getting the bulkheads into Rhumlady made such a difference to the way I felt about the project. I know we have to do all the little bits that don't show up as much but it is good to see things moving on. Keep at it and you will get her back in the water.

Cheers Derek, just doing battle with the floor at the moment, i'm almost there, gonna fill the bilge voids with styrofoam bedded on thickened epoxy.When i'm ready to nail the floorboards down i'm gonna drench the back side of each with cabosil'd epoxy then screw down et volia a sealed bilge.

You're dead right definately feel like the boats coming together now - only took a few years!