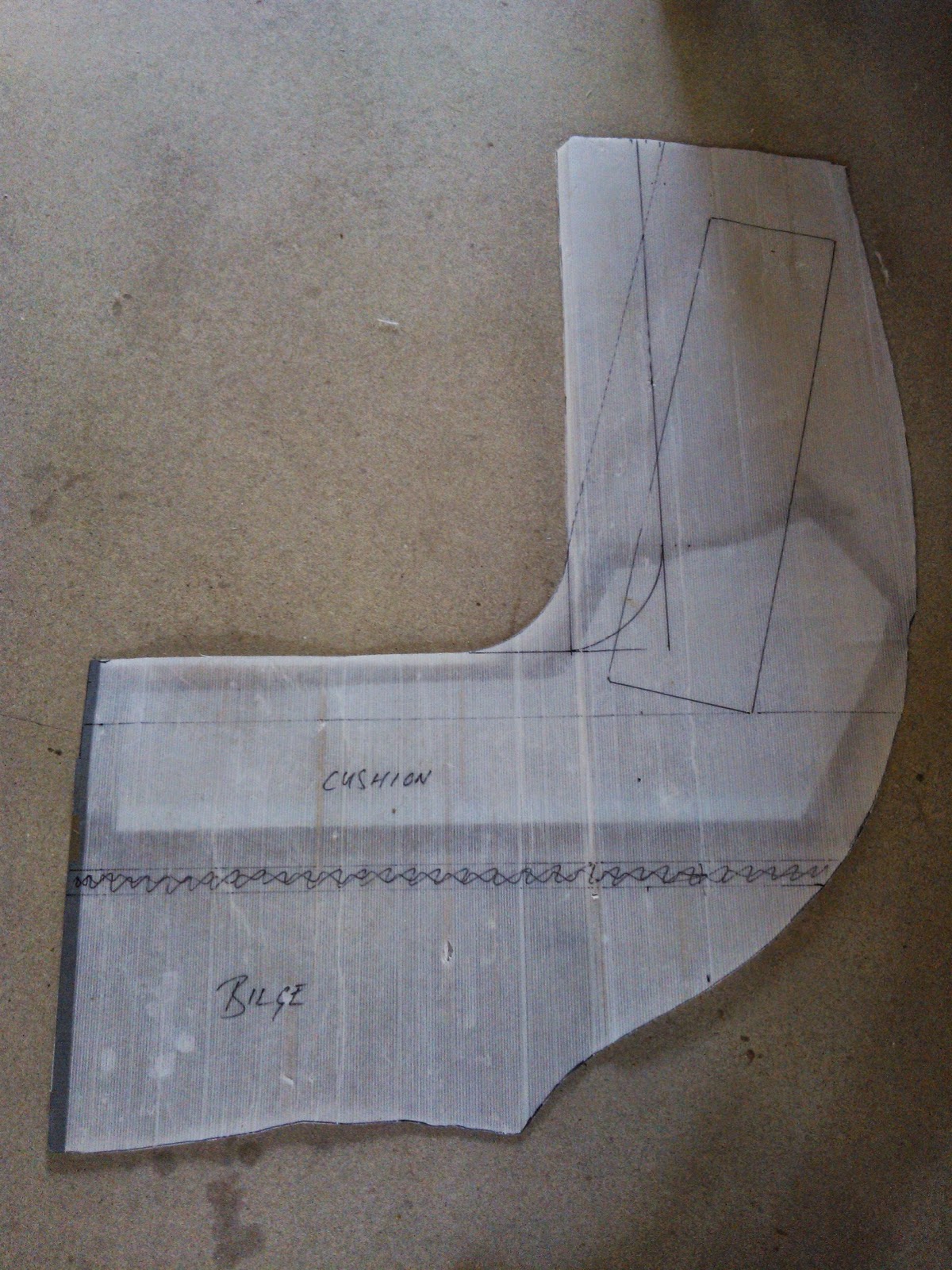 I never thought something as simple as a settee could make my brain ache this much. Since Thursday i spent most of Friday and today measuring my ones indoors  as well as looking at websites regarding ergonomics and the approximate dimensions required by the average human being and finally i distilled all this information as to what i think is most practical for my Centaur. 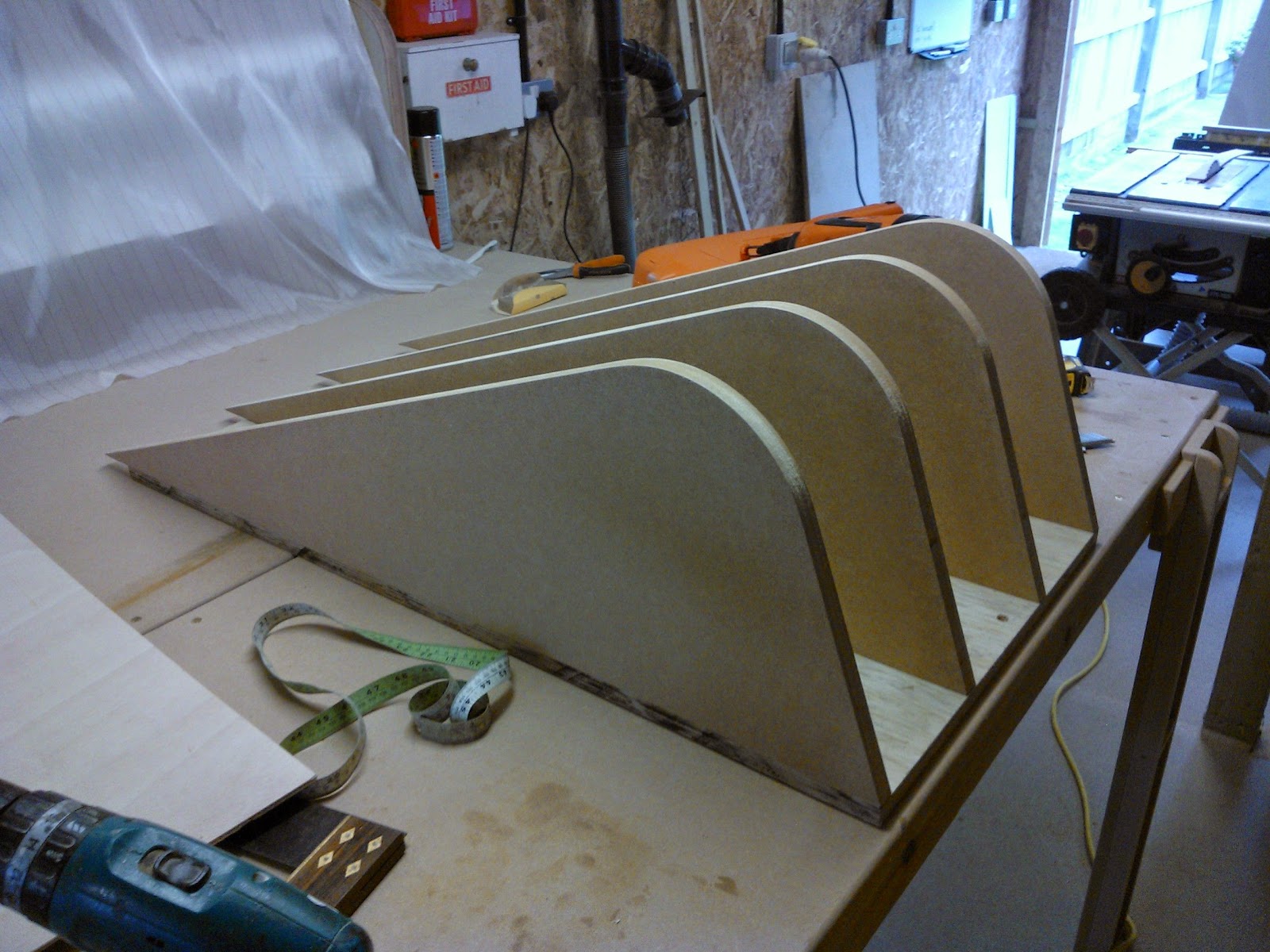 I started Saturday sheathing the first of many foam components; the bulkhead that will book-end the settee from the port corner that will be comm's, electrics and cable central. I think what i'm getting nervous about is finally after some five years i now have to decide exactly where everything's going. 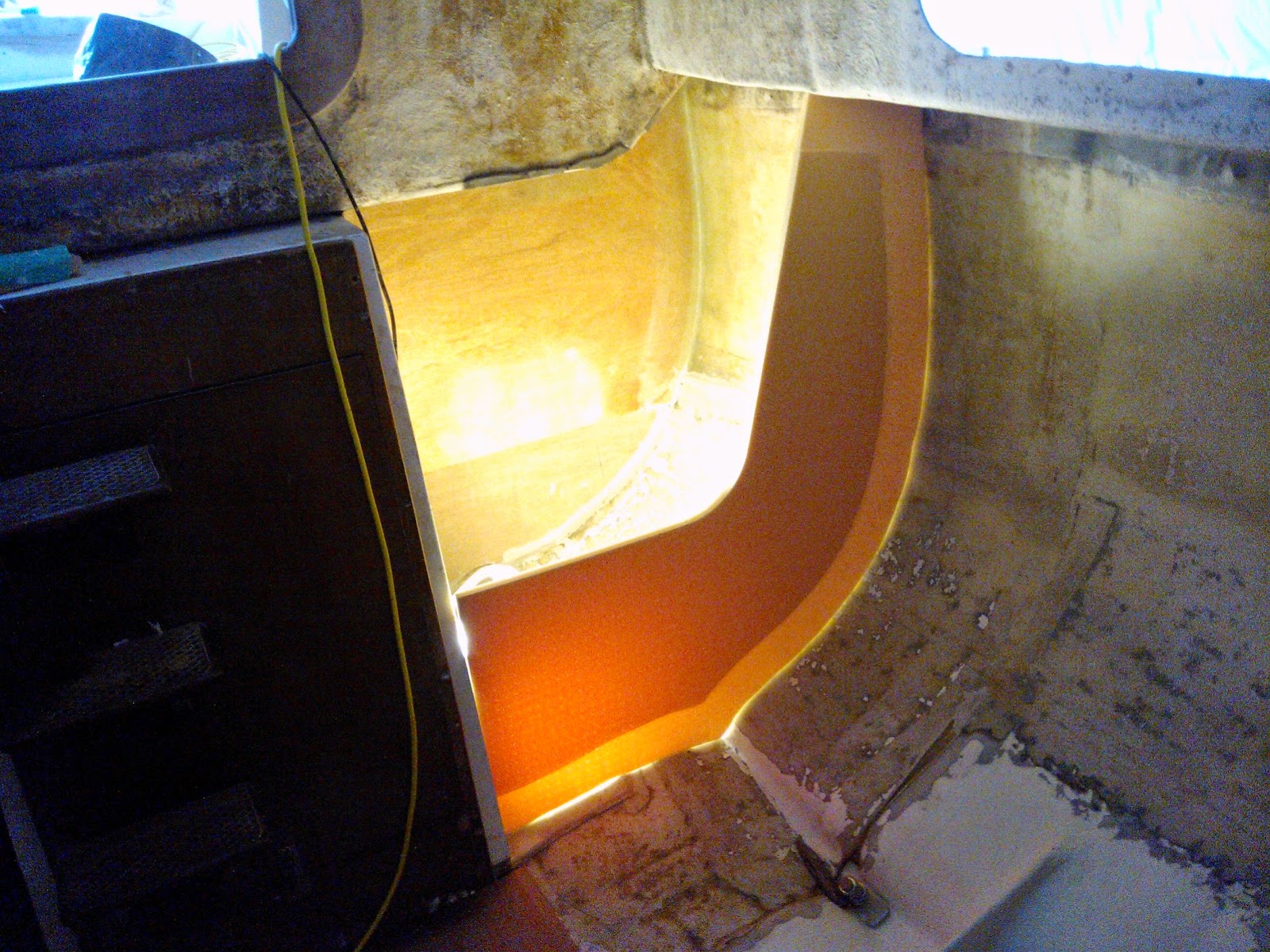 Hence the two days on the settee arrangement, plus i've been conversing with a mate of mine who i sailed with who had (and now sold) a MK2 Griffon and got the skinny on how that double berth arrangement worked as well as trawling the internet for any other ideas although i do like the MK1 Griffon idea of a pull out like a big drawer.

Then it hit me why not actually make them as big drawers for storing stuff, the only problem i can think of is if you needed to get to a keel bolt you'd have to pull the lot out like you were making the double up then you'd be two foot away from the keel bolts so the idea still needs tweaking. 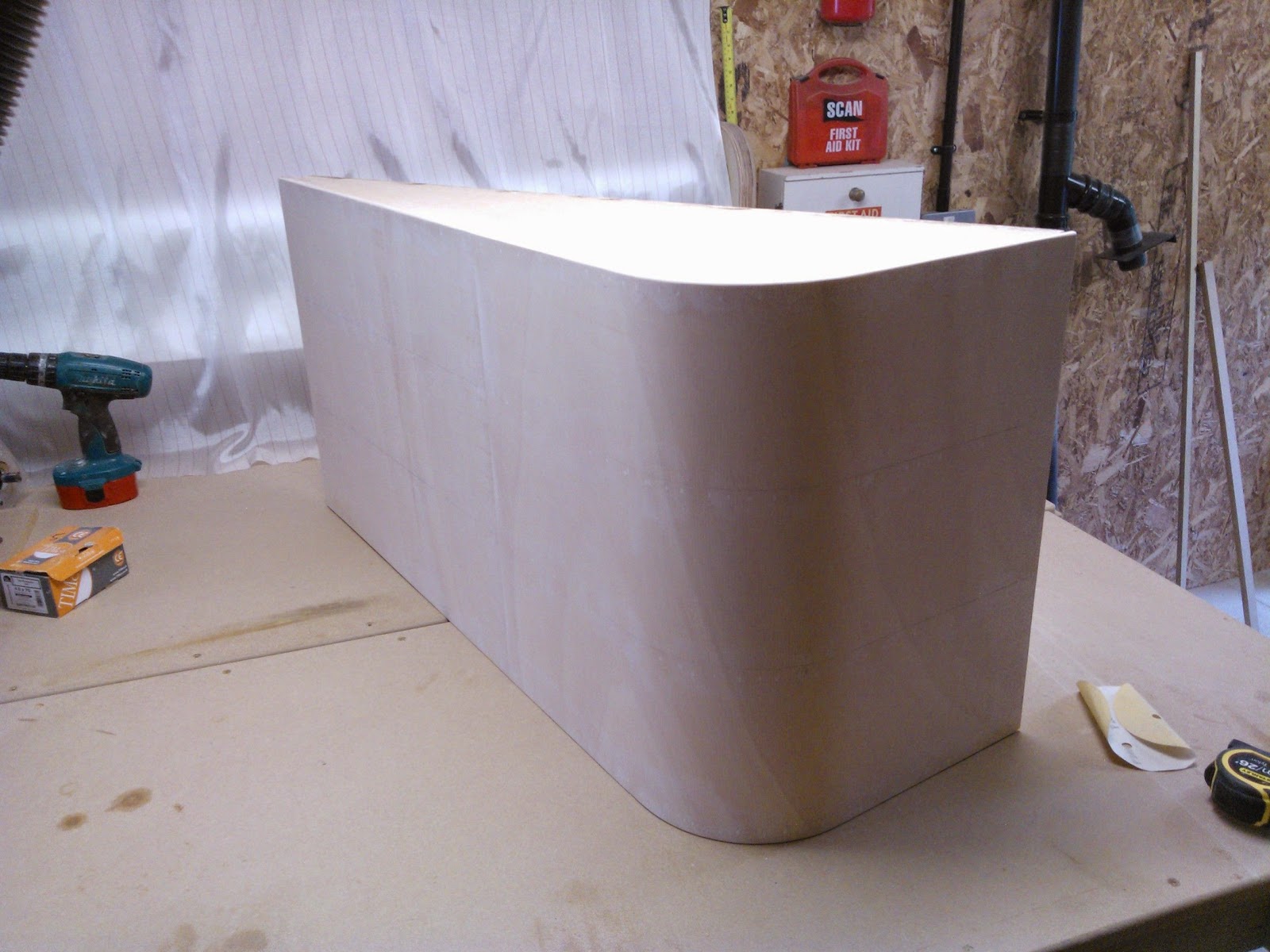 I like the MK2 idea of folding out 180 degrees a panel that forms the double but the only thing i dont like is seeing the barrel of the hinge along the front edge. I'll have to make a decision as i want to start building it Monday along with the corner part of the sofa of which i made the former for today.