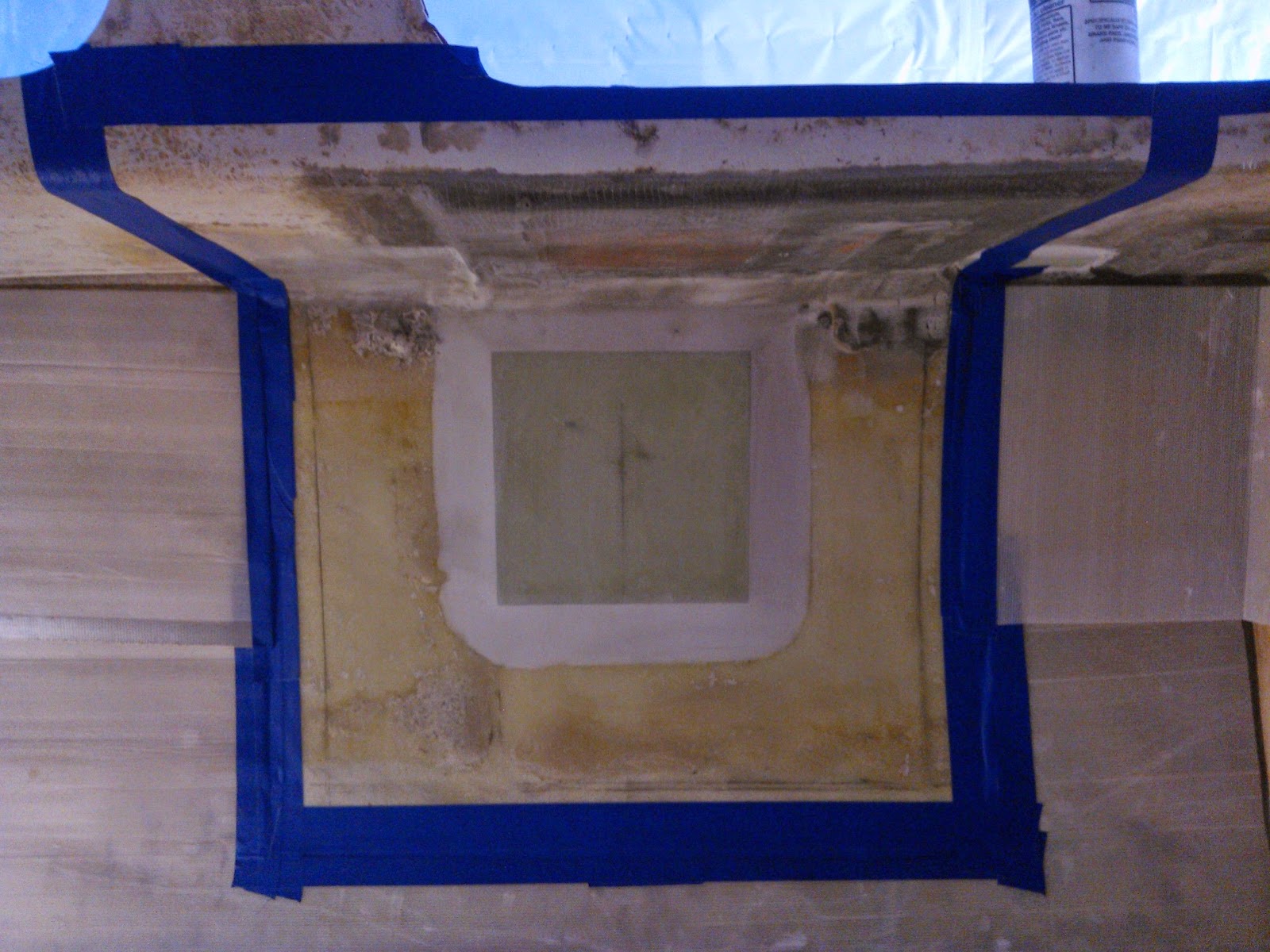 Thought i'd post yesterdays success that is the new chain plate mounts, after going through Eric's impeccably detailed drawings i decided to add a sheet of grp each side as the lay-up inside the hull is slightly more lumpy than the moon to create a flat even surface.

Other than that and the extra layer of cloth, everything is as per the drawing, whilst i was taking a little methodical detour i also thought it prudent to vacuum this lot too. Only problem was no bagging material other than my 10 x 5 bag i keep for laminating sheets with so in the name of progress i sacrificed it and cut it up to make two separate disposable systems for each side. 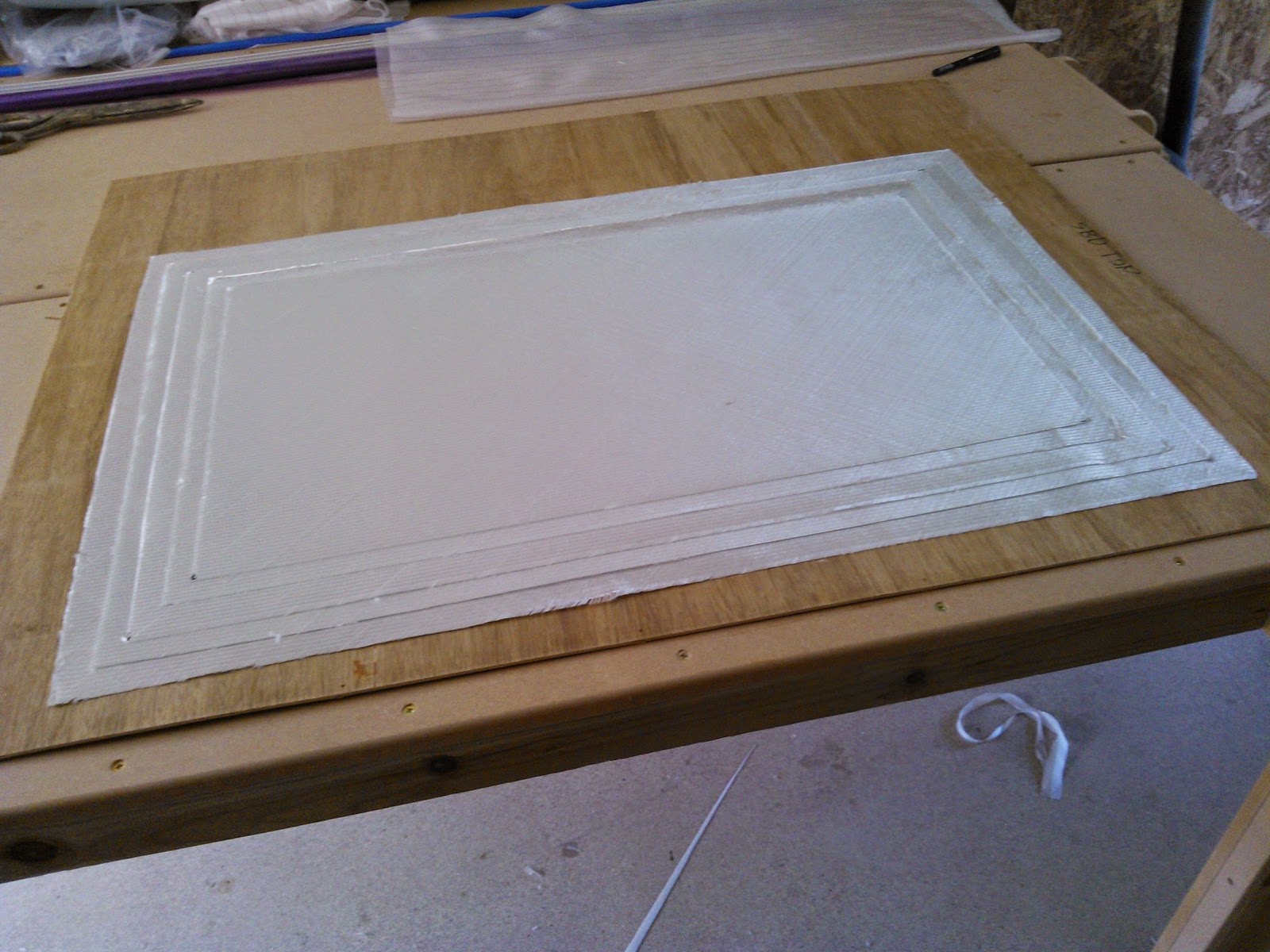 The first one (starboard) didn't go according to plan as there were too many pin holes in it so after what seemed like an eternity i tore it from the hull got another sheet of the material and tried again; it finally pulled down but only to 29Hg and not after loads of massaging of the tape all around the edges.

The port side was way more boring; went like a Wests text book of how to vacuum, be it alot more untidy than a Wests demo but i'm happy to say it pulled down on the first attempt even with a leak which i later taped up. 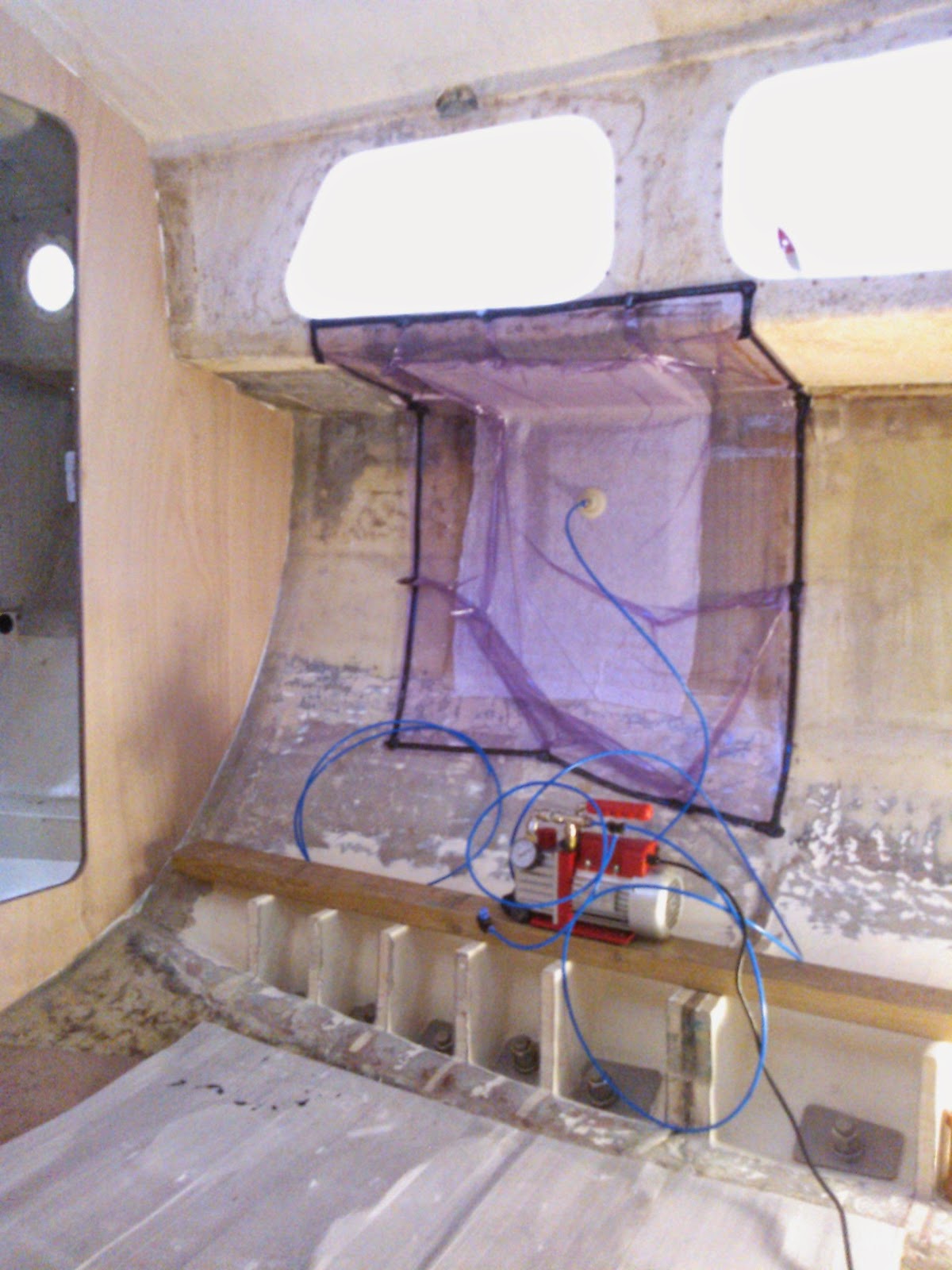 So i now have two rather large areas of reinforcement on either side of the hull to take the cap and inner shrouds down to. Knowing this when i'm pushing hard to windward fills me with confidence about stepping a larger backstay-less rig.

Yesterday was also a day for drawing lines all over the inside of the boat to ascertain the final position of the settee berth to port as well as battery boxes.
I've based eveything seated on my own sofas in my house and at the moment it appears that i'll be sitting almost in the bilges but i want comfort and to do that means a seat height where you can sit back and relax. 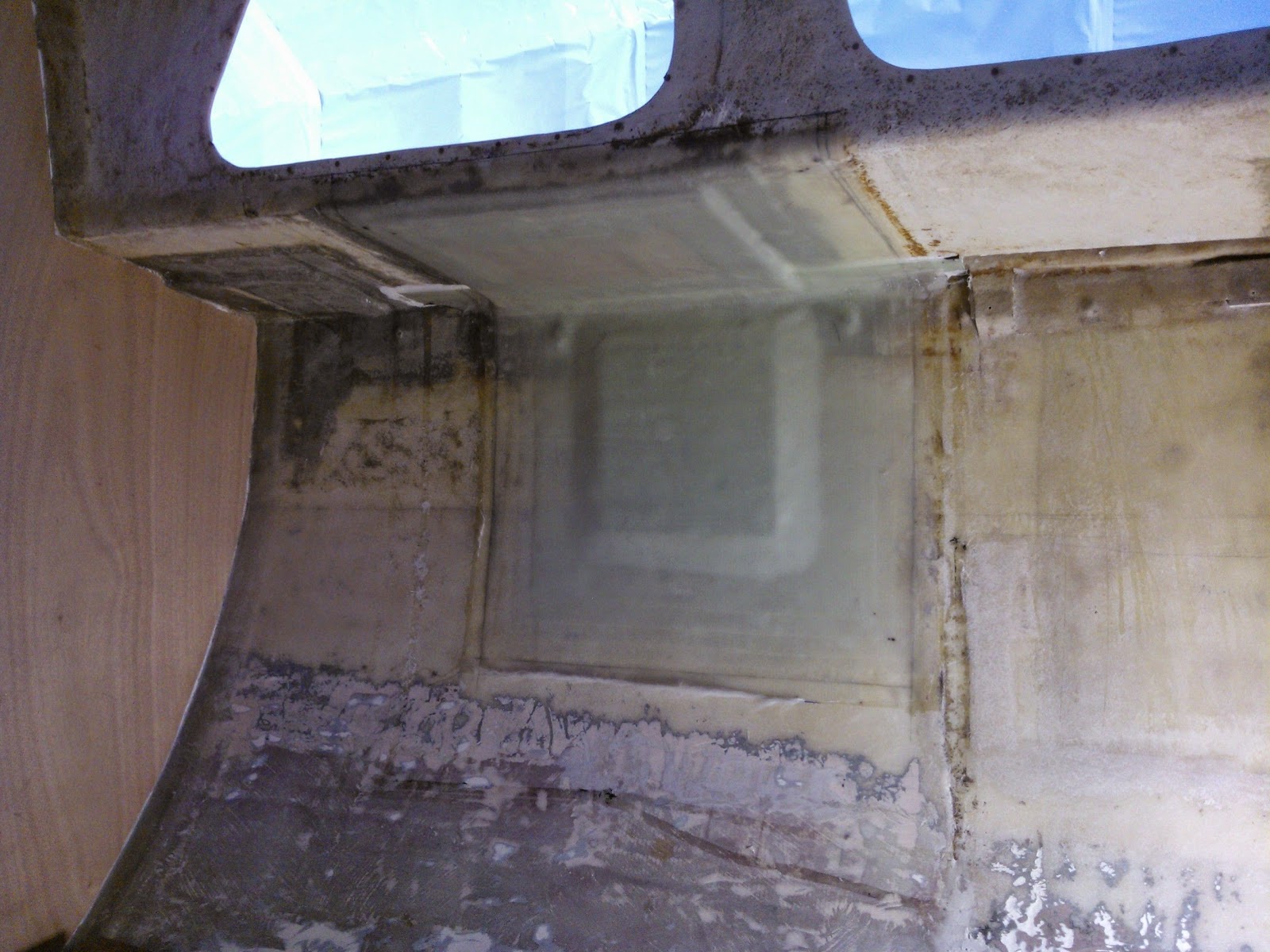 Unfortunately the Centaur doesn't have the beam of the Griffon but keeping a similar arrangement, i.e: sat beneath the side decks will be alot more relaxing than the sit-up-and-beg type seating that the dinette layout had. Although you wont be able to look directly out the windows when seated like you can on an original Centaur but then you can't on a Griffon.......

Roger,
you are such a pro at this stuff. And the cool equipment !! ! NICE

I know its worrying isn't it?