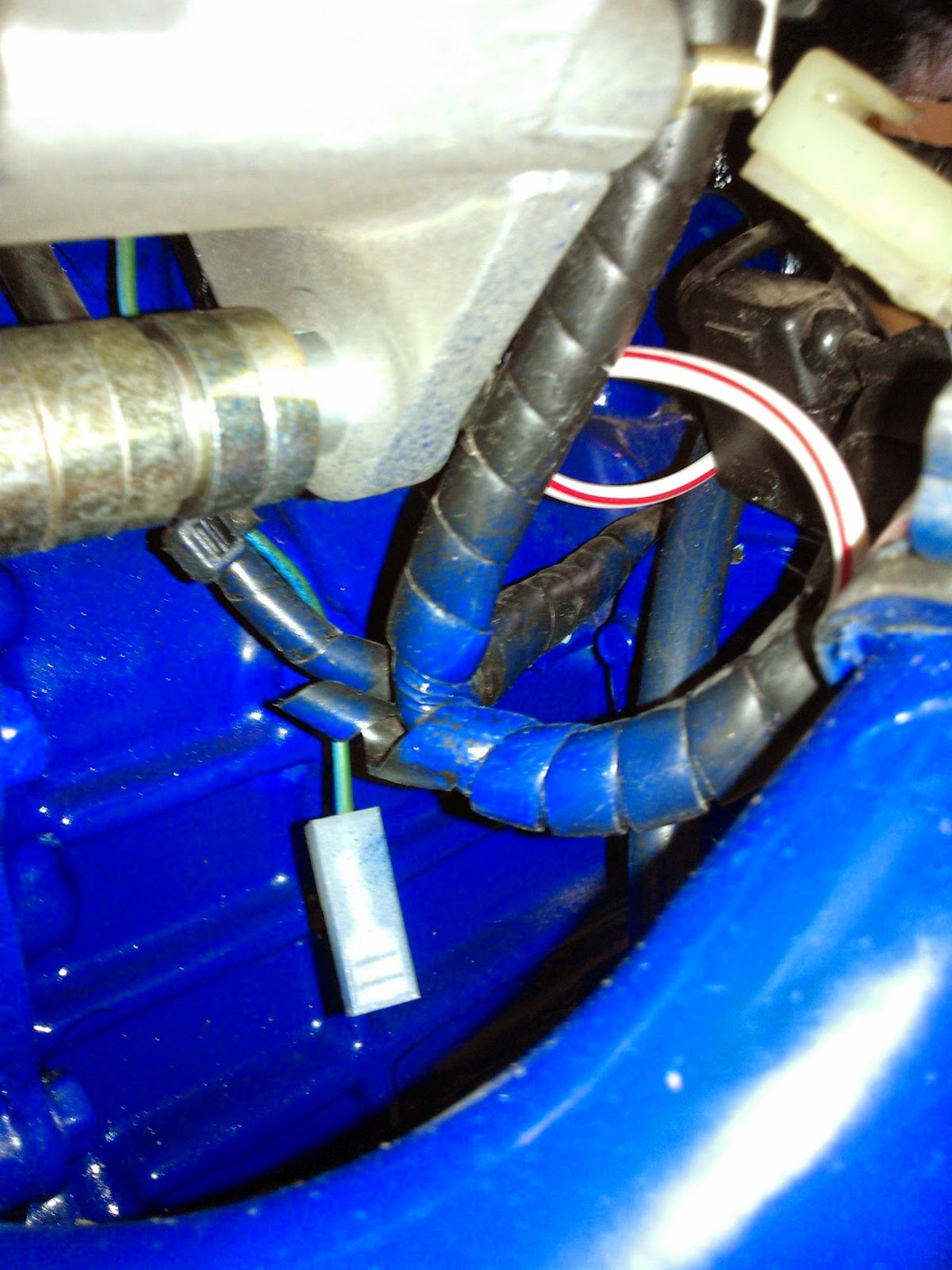 My confidence is improving with the engine as i now know what every part does and where each cable goes and connects to, quite impressive for a dolt like me. To further simplify and bring piece of mind meant cutting away all the cable protection and bringing the cables up into the light where they could be seen.

It bothered me since last week when i started prepping it and was genuinely looking where the cables went; sure you could see the big loom plug and a foot of cable conduit which disappeared into the engine not before obscuring the dipstick which in turn obscured the impeller cover, i know great idea that - very service friendly!

Still with the engine working (see last post) i could take my brave pills and set about the wiring loom as it was during Tony's checks the other day i could see a multitude of cables bent back and stuffed down behind all manner of pipes and lines so last night disconnected said ancillaries and got busy with the cutters slicing off every last piece of conduit to expose the cables. 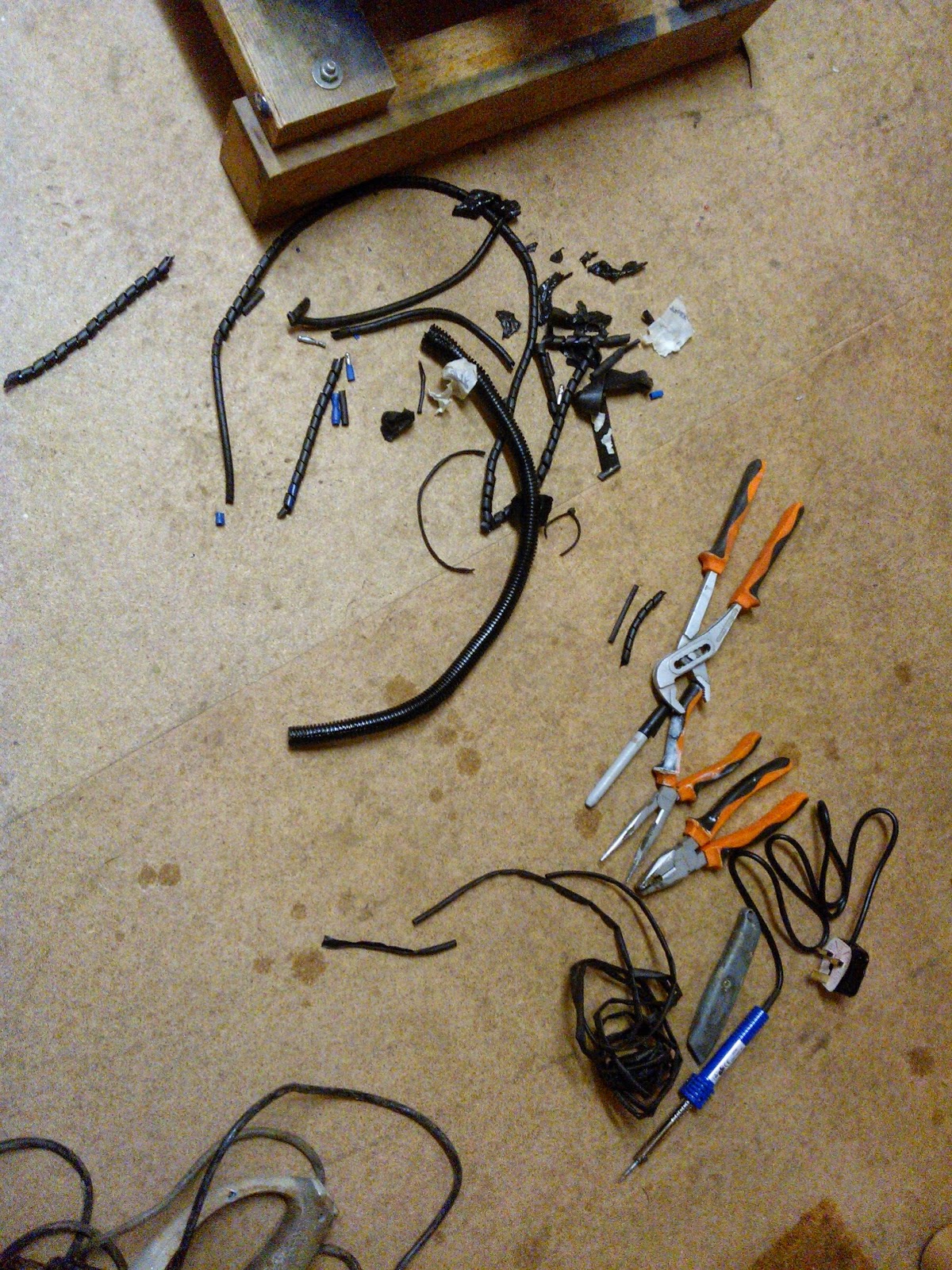 I'd researched this before doing a thing to look up what to cover the loom in to leave it loose enough and still afford  a little protection - the answer was loom tape - didn't know the stuff existed so bought three rolls, only used half of one. So now all the cabling has a woolly look but to access all i need do is undo - simple.

Not to knock the people who built mine as Beta and others all use said conduit but knowing its ability to spread fire in confined space and be an absolute ballache to maintain and repair cabling hidden inside it i'd rather do something with it now before access becomes a problem.

Also soldered every spade connector connection with these absolute genius invention, still got the alternator on the bench as i got to the bottom of the mystery of a missing negative stud. 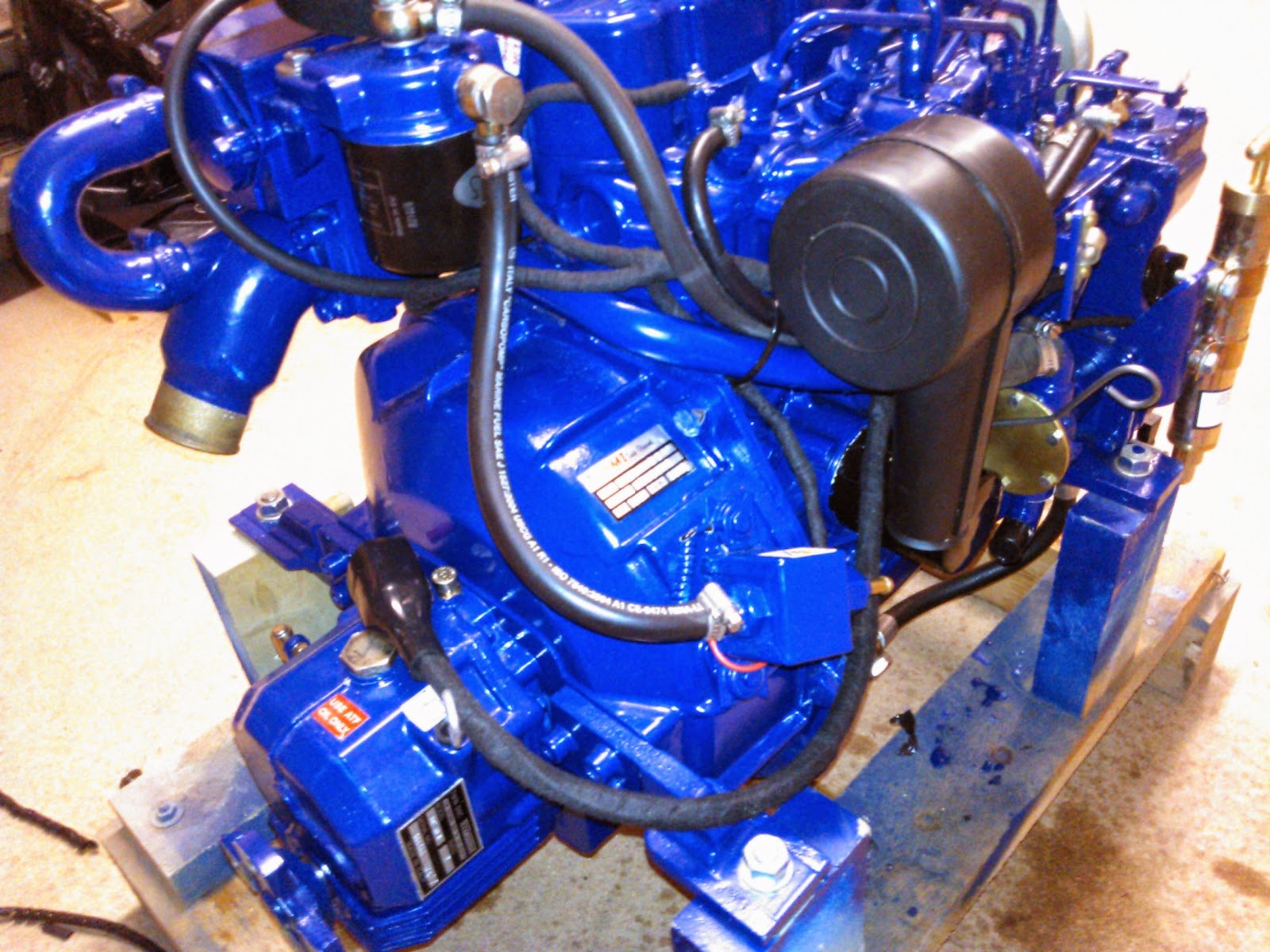 Turns out i can use anything on the alternator (apart from the 'W' and '+' marked stud as its an 'earth return alternator' which means it has no designated negative so just use any part thats bare metal, engine block etc so have ordered a replacement bolt that the bottom of the alternator connects to via a load of spacers so they'll be enough space left at the end to bolt on the boats neg. connection.

Spent today refurbishing a pair of old battery cables from the boat as well as getting sorted for one more test fire - more to check i haven't buggered anything up with the loom - then into the boat next week.