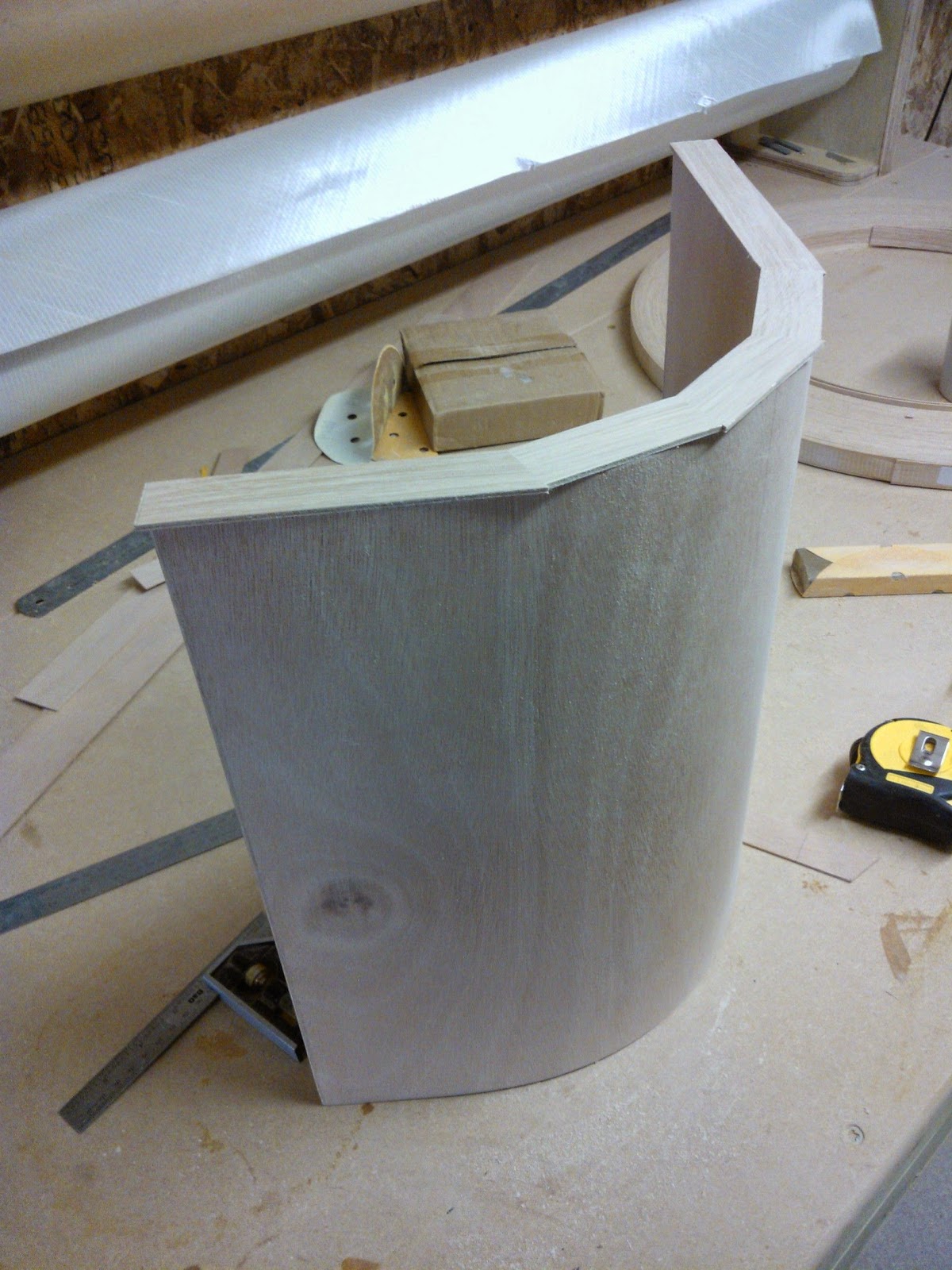 Still going at my usual glacial pace, the intention was to get the motor in and whilst waiting for several bits to be delivered i made a start - be it several weeks back - on the settee module and over the course of a couple of weeks i actually found myself enjoying the work as: 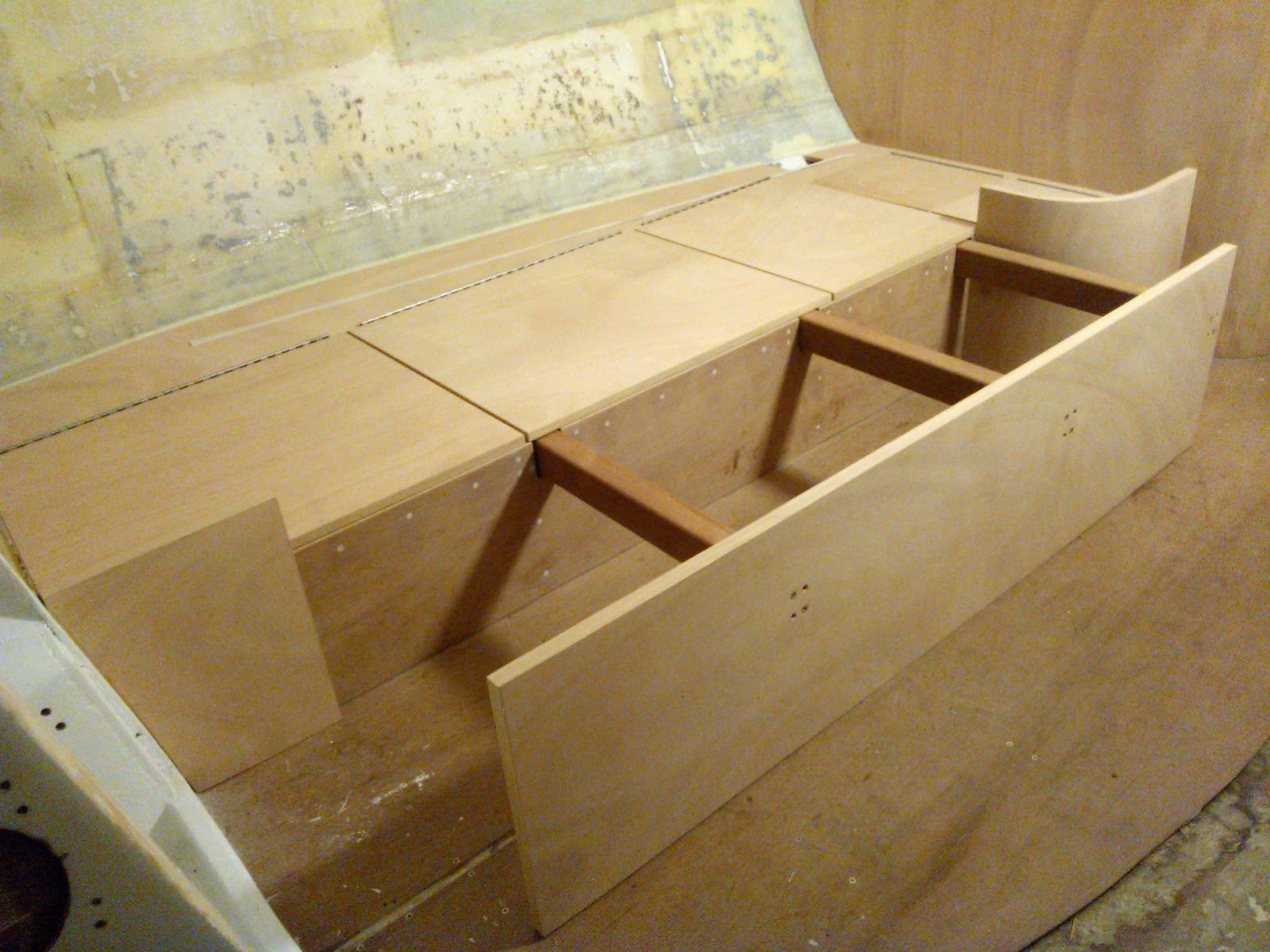 Plus it draws on what i used to do for a living many moons ago although i don't do much 'fine' work as at present here in the UK the economy is still in such a parlous state that no one wants a good job they all still want a cheap one so my paid work seems limited to what i affectionately call 'turd polishing'.

In case you're wondering this is where the client makes a big thing of saving old bits of the job to be re-used in the new in some vain attempt to save money but in the process ends up spending more money in time & labour saving loads of old shit that it ends up costing as much if not more than making a new in the first place hence the overall look to the new job resembles that of a - yes you've guessed it - a polished turd,........... ahem.... i've wondered off message a bit haven't I?

Still when i'm not secretly seething about the futile actions of these blithering idiots i have to deal with i console myself by saving all the good stuff for me or to be more precise my boat hence i cracked on making the settee and what a joy it was too. 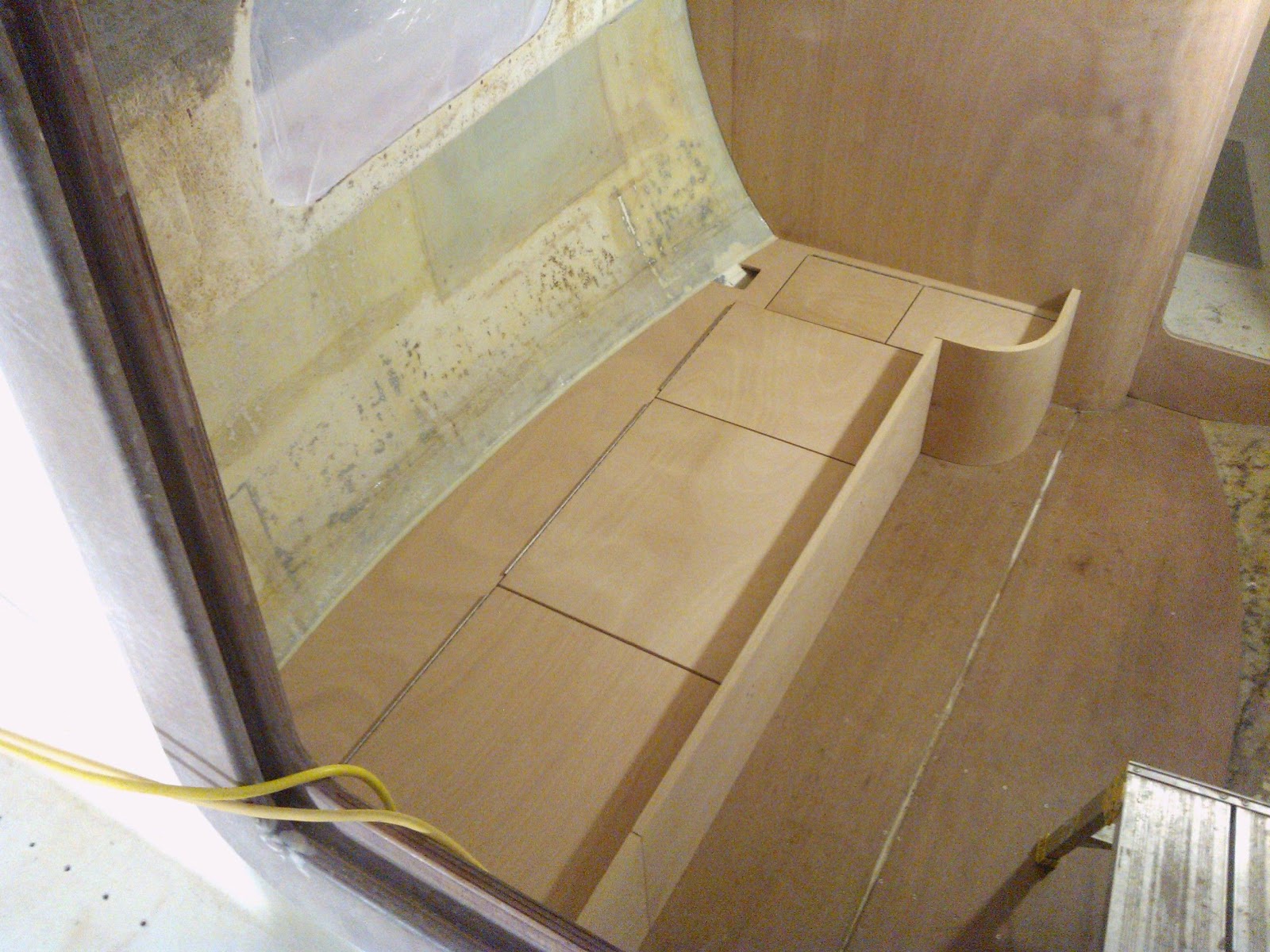 Got most of it finished off apart from the seat back that'll form the infill for the double but i can't make that as i don't know how long it'll be because i've yet to make the companionway steps and frame it'll sit against so for now its back into your favourite space and mine the coffin........ i mean the engine compartment. (Bloody feels like one though).

Yours
Angryman.
Posted by roger ball at 20:07