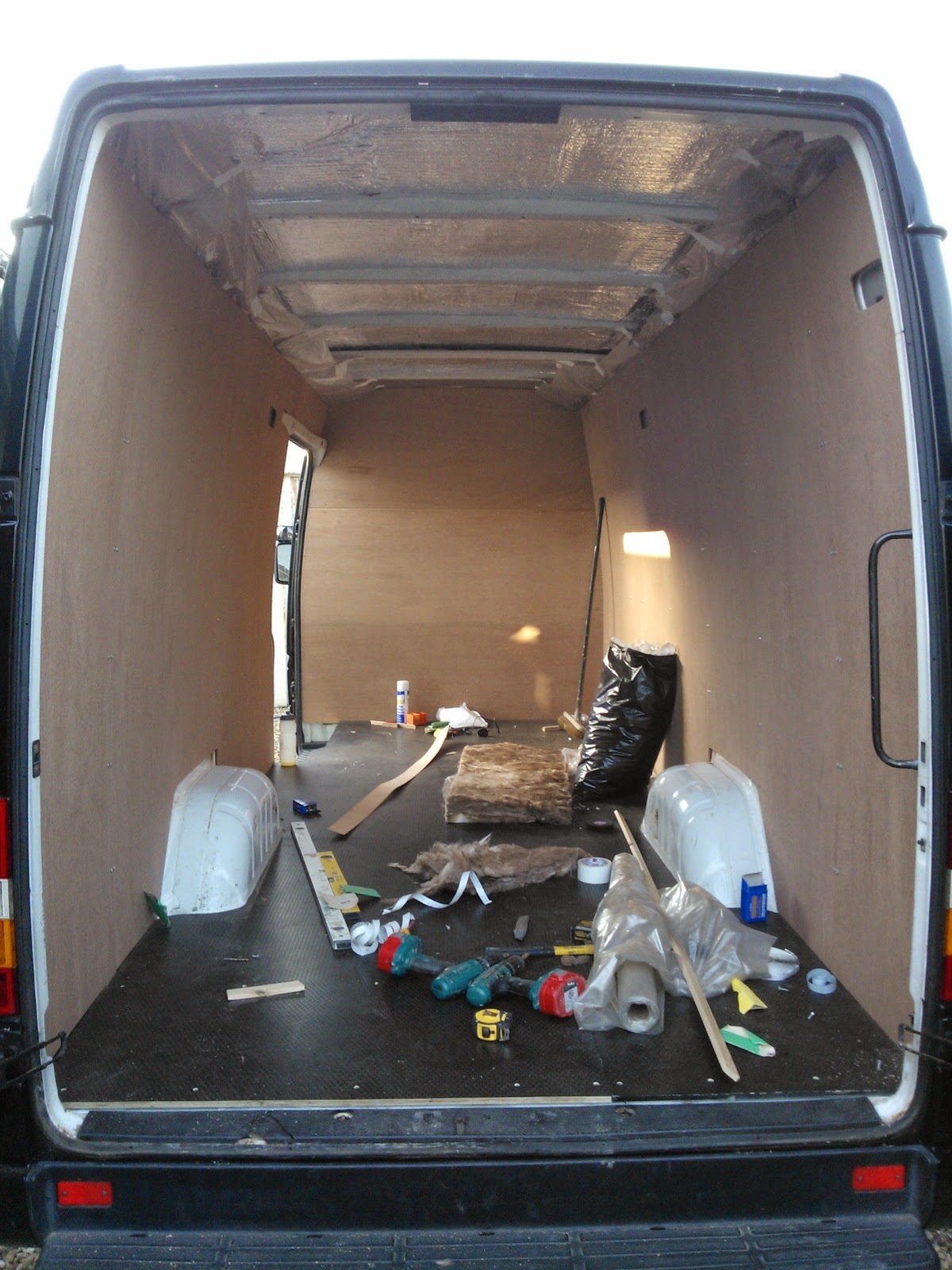 Operation 'Stealth Camper' is taking longer than planned as work closer to home keeps popping up - no bad thing as i wait to hear on a couple of large-ish contracts but with the van still in bits on the drive i have to use my trusty Renault Clio which isn't designed for hauling tools and machines about. 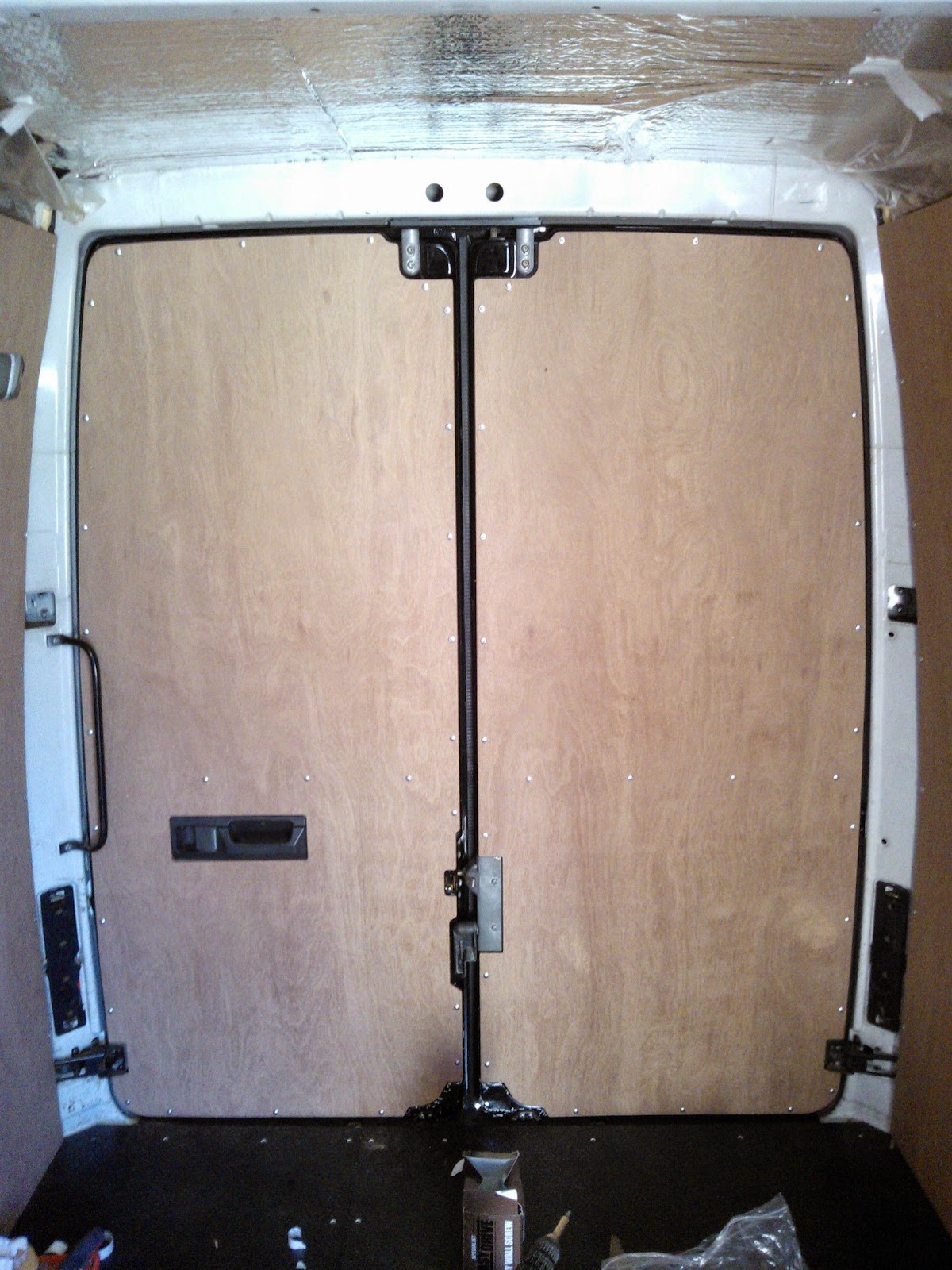 I now have everything insulated and panelled except the roof as i spent the last couple of days cutting holes in it to fit air vents and three aluminium extruded brackets to bolt an awning to. There's also another reason for this project and thats to try out a few ideas to see if
they might work on the boat.

I wont be using wool for insulation on the boat rather something like Armaflex, but the execution will be much the same, also have some led lights to fit in the back to give a bit of extra light on the subject, all i have left after the roof is fitted is to make a couple of cabinets, mdf naturally (cheap, dimensionally stable etc then bolt the tool vault back in and off to work. 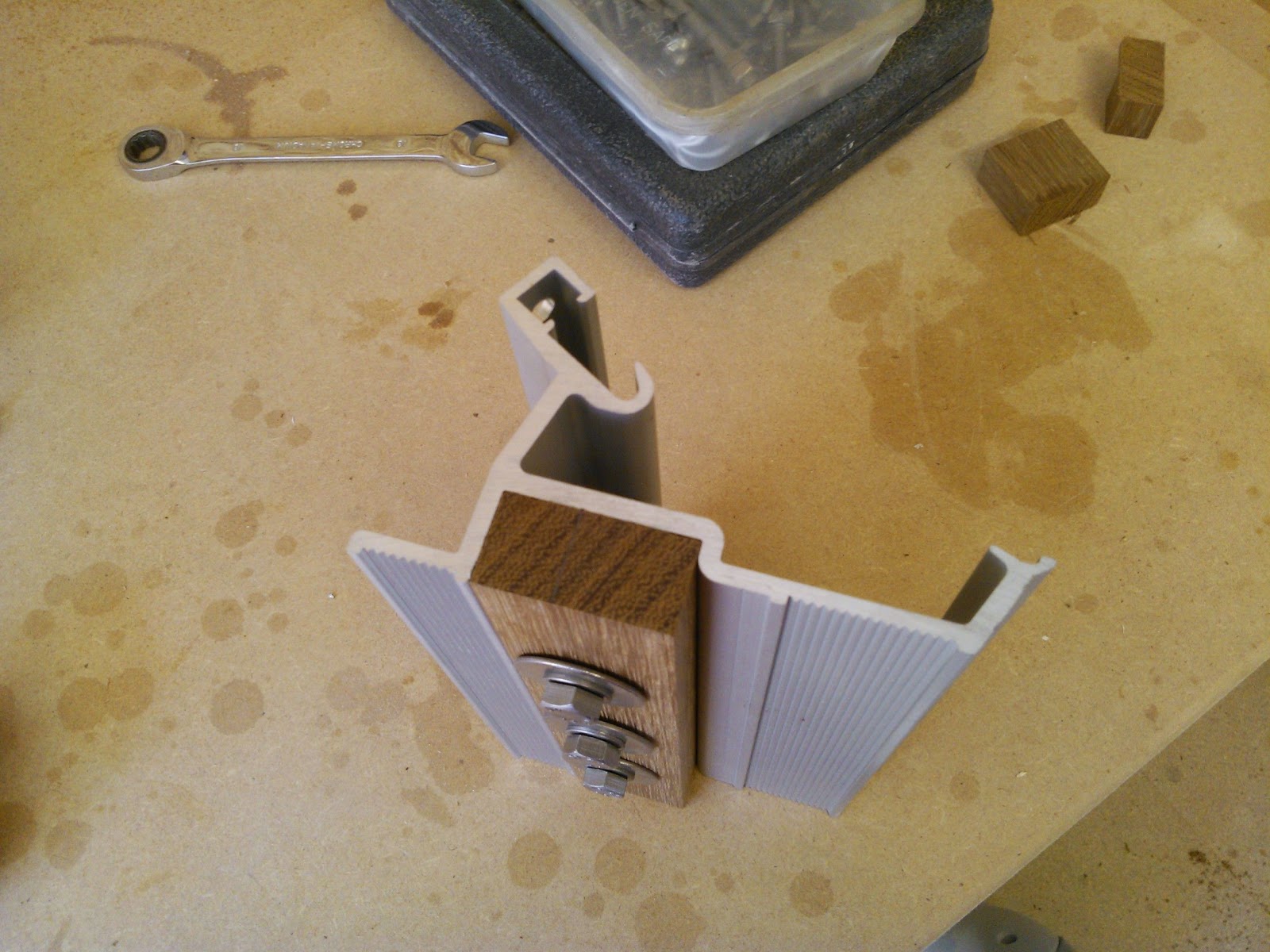 Whats amazed me doing this is how poor the quality of materials seem to be nowadays. The ply that i removed from the walls and floors is way better quality than what i've replaced it with, if it wasn't for the fact the van sweated so badly these last few years and turned the bottom foot of the walls to mush i'd of simply removed said panels, insulated and put back instead of replacing,..... heyho. 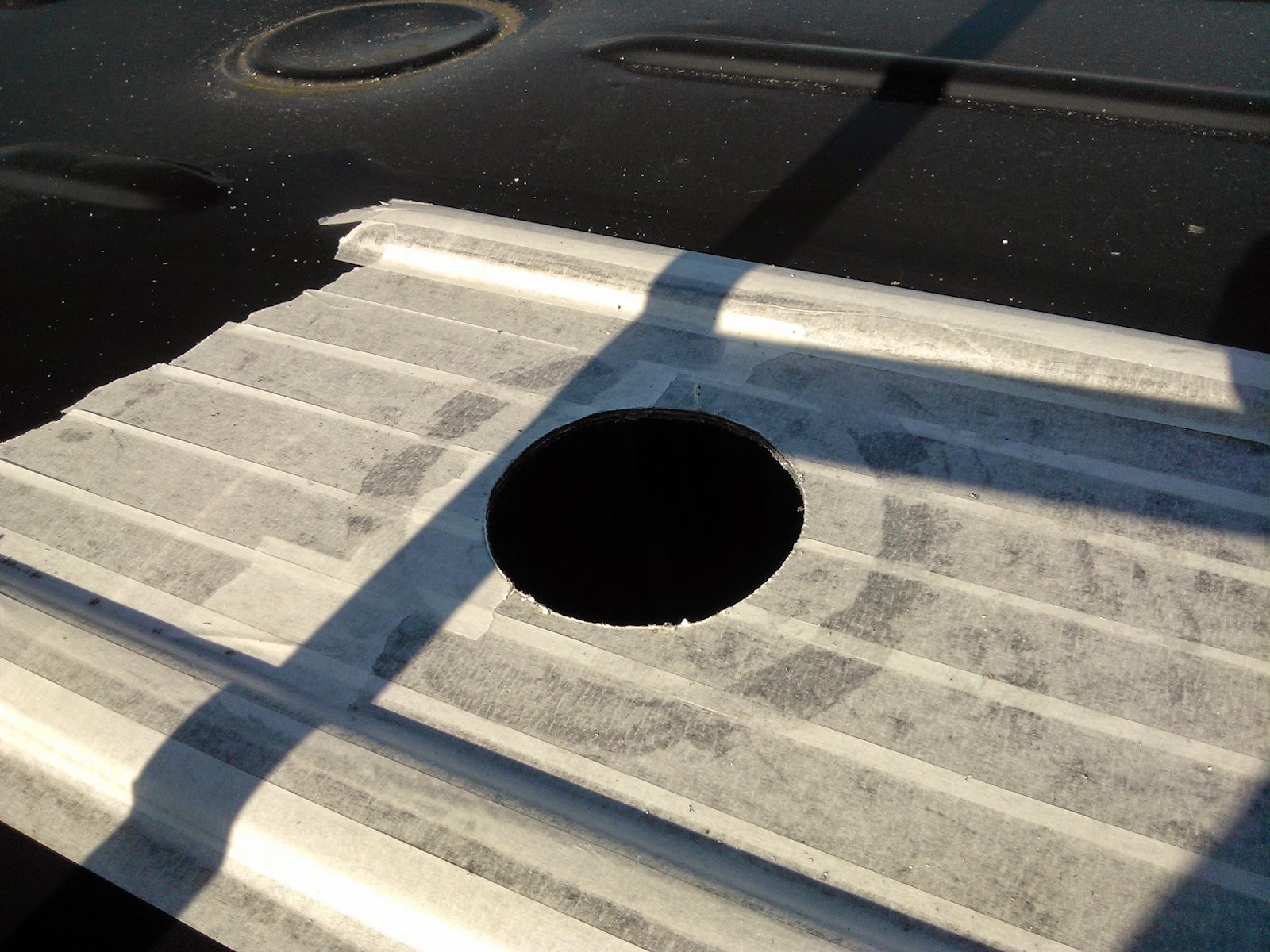 The highlight so far's been getting the awning up and on, its a Fiamma F65, bought secondhand, only had to buy the brackets until i realised they dont make them for my Sprinter, so again being the 'innovator' i am i set about modding a set of brackets i bought. This i should point out after phoning many dealers who stock these awnings to be told we've emailed Fiamma in Italy so thats as good as filed under 'B' for bin. No matter, i wasn't gonna be stopped by such trivialities and after running some well-seasoned teak down to the appropiate dimensions and drilling a couple of extra holes i had what appeared to be a working bracket, plus a further dig around the various fixings boxes in the shop turned up enough stainless nuts, bolts and washers to bolt the lot through the roof courtesy of a tube of PU.

With all this work done the van should be good for another 10 years and seeing as its mechanically sound i have more than a passing interest in converting it fully at some point to a proper campervan but first i should probably concentrate on getting the money to finish the boat........................ 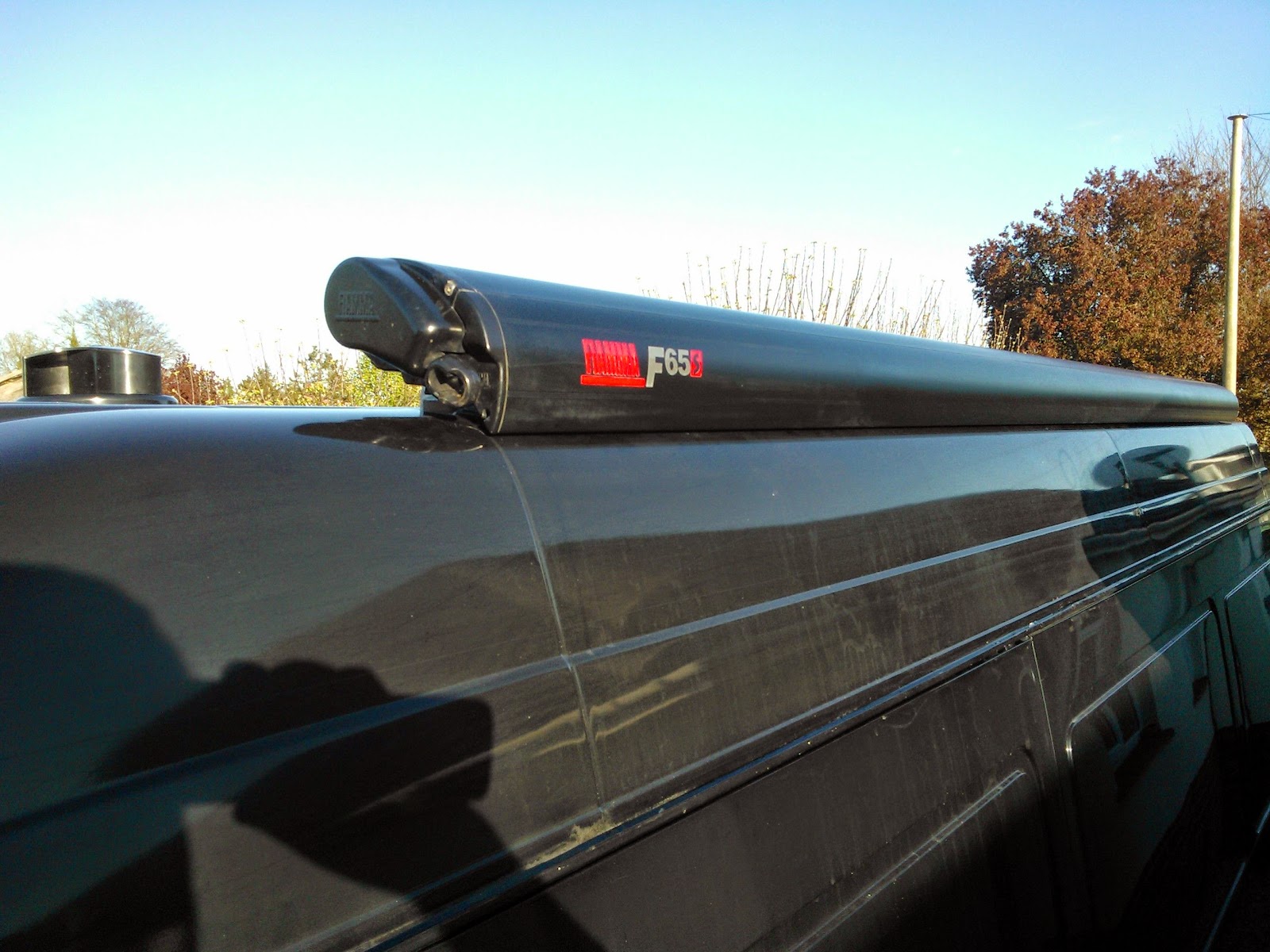